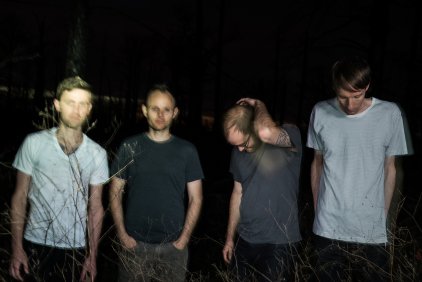 Austin-based quartet Pompeii has announced the release of its third dream-rock flavored album for October.

Austin, TX quartet Pompeii, made up of Dean Stafford (vocals/guitar), Erik Johnson (guitar/keys), Colin Butler (bass), and Rob Davidson (drums) return after a five year hiatus with their third and most strking album to date, LOOM. Formed in Austin, TX in 2004, Pompeii's first two albums, Assembly (2006) and Nothing Happens for a Reason (2008), were released on Eyeball Records, and garnered them comparisions to My Bloody Valentine, Sigur Rós and Mogwai.

On LOOM, the band returns to the signature sound they have become known for regionally, weaving delicate ambient sounds into large dynamic crescendos. However, the band, looking to make a larger statement with their first album in many years, enlisted enlisted the help of engineer Erik Wofford of Cacophony Recorders (Explosions in the Sky, Okkervil River, My Morning Jacket), Jeff Lipton of Peerless Mastering (Arcade Fire, Bon Iver, The Magnetic Fields) as well as Austin's Tosca String Quartet (who have performed with David Byrne, Lambchop, Voxtrot among many others) to round out their unique melodious sound.