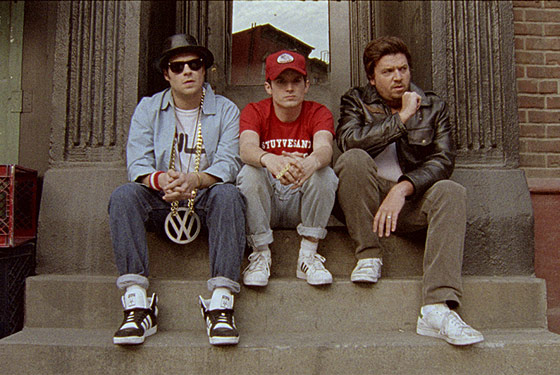 Check out this preview trailer of the upcoming short film from the Beastie Boys, part two of the epic “Fight For Your Right” music video.

The short film and sequel to the "Fight For Your Right" video was originally mentioned back in December. You'll see that Elijah Wood, Danny McBride, Seth Rogen, Will Ferrell, John C. Reilly, and Jack Black are playing older and younger versions of Mike D, Ad-Rock, and MCA, all at the same time. There are also appearances by Susan Sarandon, Stanley Tucci and Jason Schwartzman. The album pre-order comes with a downloadable HD version of the movie.