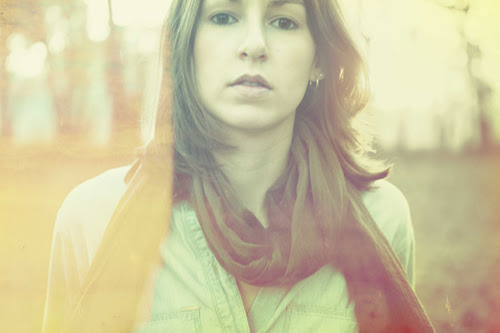 Pittsburgh's own "swagger folk" singer/songwriter Brooke Annibale just released her new full-length studio album The Simple Fear on October 2.  Replete with "churning, dark folk rock," The Simple Fear finds the former Nashville resident questioning apprehension of the unknown future, basic life expectations, and the fear that those expectations might not be met.  Earlier today, Yahoo! Music premiered her new video for the single "Remind Me" claiming it "shows off her smoldering, magnetic vocal power."

Recorded at The Smoakstack in Nashville with producer/engineer Justin March (Cold War Kids, Leagues, Kelly Clarkson), The Simple Fear boldly showcases Annibale’s songs in a relevant, experimental, yet timeless exposition.  The album's centerpiece lays in Annibale’s subtle groove and alluring style encased in layers of beautiful strings, guitar, piano, and percussion.  However, it’s her magnetic voice, that smoldering and irresistible delivery, that draws you in.

The Simple Fear continues to win over audiences, including praises from Wall Street Journal, NPR/World Cafe, Stereogum, PAPER Magazine, Earmilk, Huffington Post, American Songwriter, No Depression, and Baeble among many others.

Born and raised in Pittsburgh, Annibale’s grandfather opened a music retail and live-sound business in the 1960’s, that is still family-run today.  Nurtured by an ever-present musical surrounding, Annibale started young, writing as early as 8 years old and taking up guitar as a teenager.  She released her first album Memories in Melody at age 17.  She soon took her passion for songwriting and performing to Nashville where she recorded and released two more albums and two EPs over the course of six years: The Nashville EP (2006), The In Between (2008), Silence Worth Breaking (2011), and Words In Your Eyes EP (2013).  With an impressive resume as an independent and entrepreneurial artist, her songs have appeared on TV over a dozen times with popular programs such as Pretty Little Liars, One Tree Hill, and The Vampire Diaries.