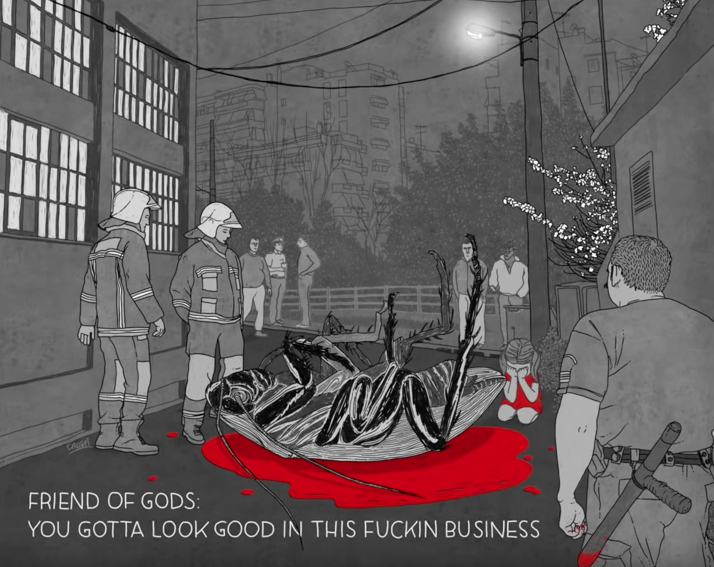 Heavy hitters, Friend Of Gods from Athens Greece have just released the first single “DIE A CELLO” from their upcoming EP entitled “You Gotta Look Good In This Fucking Business”. This will be released digitally and is their second self finance and produced recording following 2015’s “Mad Music For The Apes” which was released in digital and cassette format.

For 5 years now, the high-energy, Friend Of Gods have been playing live, literally WHEREVER they
can. Their music has been described as MATH-PUNK-SOMETHING by insiders but you can decide for yourself and check out the new release below.