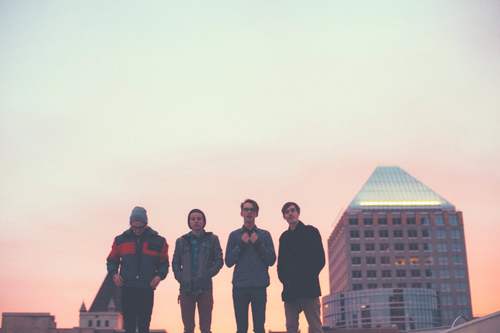 On May 5th, St. Paul, Minnesota's Hippo Campus will reissue their debut EP Bashful Creatures via Grand Jury Records (Twin Peaks, Avid Dancer, Seoul). The EP was produced by Low's Alan Sparhawk and has garnered acclaim from the likes of NME, Neon Gold, Interview Magazine and many more.

The band is excited to announce that in addition to their previously announced national tour with The Mowgli's and Fences, they will open for My Morning Jacket in Minneapolis, St. Louis, and Kansas City later this summer. Additionally, the band will open for Milky Chance and Walk The Moon at Colorado's historic Red Rocks Amphitheatre.

Recently, NME and The AV Club are premiered the video for "Souls" from the band's Bashful Creatures EP.

In early 2015, NME highlighted Hippo Campus as band to watch in 2015 and said "Minneapolis newcomers Hippo Campus are - despite the dodgy name - the biggest word-of-mouth frenzy to emerge of the past six months. Think of them as a Yank Foals, if you will, with killer choruses to boot."