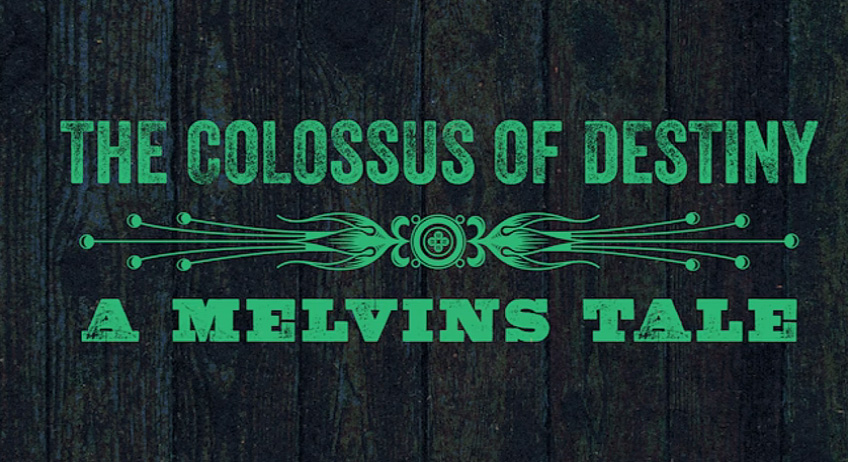 The film, which is currently under production with an anticipated early 2016 release, is the creation of Bob Hannam and Ryan Sutherby.  The pair, who met through a mutual affection for the Melvins, began work on the officially authorized documentary in late 2014.

“We kept asking ourselves why no one had ever made a film about the Melvins,” explained Hannam.  “What an incredible story and twisted tale both Buzz Osborne and Dale Crover have taken.  There aren’t many bands who can say they’ve influenced some of the most popular artists of our generation and done it in every instance according to their own rules, still as important, if not more so, some 32 years after forming.”

“The Colossus of Destiny – A Melvins Tale” follows the band’s journey, from the backwards waters of the Chehalis River in Washington, through the Golden Gate of Northern California and finally, into Los Angeles where Osborne and Crover both reside.  The film features lengthy interviews with Osborne and Crover as well as
present and ex band members, collaborators and many other musicians from bands
such as Mudhoney, The Jesus Lizard, Soundgarden, Butthole Surfers, Sleep, Babes In
Toyland, Neurosis and Redd Kross to name but a few.

Video: Our Friend “Sunny War” Collaborates With “Holtzclaw” On New Song “Just What I Am”