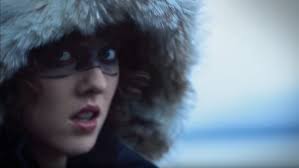 Colorado outfit SHEL have released a video for their take on the 25-year-old track, which first appeared on Metallica’s 1991 Black Album.

Shel singer Eva Holbrook commented on the cover, stating, “When recording 'Enter Sandman,' I said a prayer to the gods of rock that I wouldn’t be struck dead, or mysteriously electrocuted, for whispering the lyrics to a Metallica song. I’ve survived to say I’m truly blown away by the poetry of the song.”

The cover version will appear on Shel’s second album, Just Crazy Enough, out next month.

STRAY FROM THE PATH OFFER NEW SONG, ‘TALKING TRAGEDY’, TO RAISE FUNDS FOR THE GHOST INSIDE