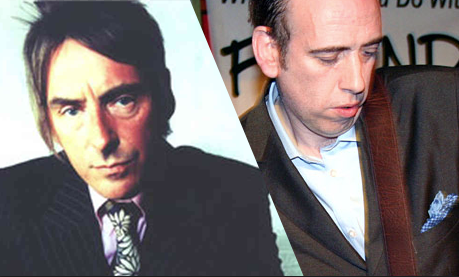 The guitarist joined Weller for a performance of 'The Changingman'. This live appearance marks the first time that Jones and Weller have ever played together.

Jones recently produced the debut single for new band Sugarmen, who are supporting Weller on his tour of the UK. There are two dates left on the tour, including a gig in Cambridge tonight (March 13) and one in Southend on Saturday.

Paul Weller releases his new album 'Saturn's Pattern' in May and will embark on a UK arena tour in November. The record, which will be released on May 11, was written and recorded at Black Barn Studios in Surrey and produced by Jan Kybert and Weller himself.