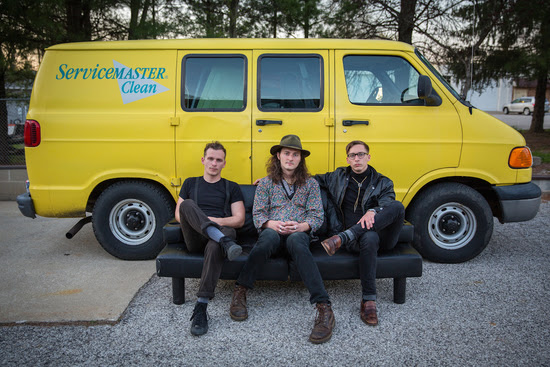 
Two years ago Harpooner migrated to Nashville from Indiana in search of better opportunities and a change of scenery. Since the move they have already shared the stage with Caitlin Rose, Margo Price, Cory Chisel, Water Liars, Future Birds, and Promised Land Sound.

Recorded in Bloomington by Schmadeke and Andy Beargie, Rose Park digs into strange voicing and textures as an homage to the work of artists like Leon Russell's Carny, Harry Nilsson's Nilsson Schmilsson, and Wings' Speed of Sound. Andrija Tokic (Alabama Shakes, Benjamin Booker, Natural Child) was enlisted for mastering duties at The Bomb Shelter in East Nashville.

Seated and singing close-up on the microphone, sometimes underneath a brimmed hat, Schmadeke delivers his cosmic awareness with a tenderness toward sensitive issues and big questions—like a Jeff Lynne that grew up in the suburbs of Indianapolis in the 90s. On “All I Get Back” and “Bigger Thoughts” he weaves the band in and out of sophisticated movements that shimmer and punch right on time—the kind of arrangements traded-in long ago by popular music for high-gain marketing strategies. He grapples with racial inequality on songs like “Carolines” and “Immigration” but not so that the songs become fodder for corporate social campaigns. Many of the songs on the album spring from a small fictitious midwestern town that Schmadeke imagines as a canvas for the ideas he and the band have picked-up along the way.

Morrow’s drumming is fierce and solid as a forging hammer made of electric current. And when performing live, Mullen, who stands between the other two, is the only one facing the crowd night-to-night—like a totem to calm confidence. Morrow cut his teeth on math-rock and has toured internationally with acts like Austin Lucas and Memory Map, while Mullen quietly makes furniture out of reclaimed wood in his basement to make ends meet. Schmadeke also plays keys in the band of Nashville singer-songwriter Andrew Combs.