New Video from Mickey Hart of the Grateful Dead 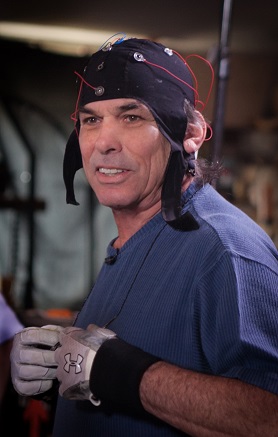 Take a look inside Mickey Hart’s brain and the connection behind rhythm and brain function in his new video.

Mickey Hart (Grateful Dead) has released a new video that gives an in depth look at the brain cap he is currently wearing on tour in support of his new album Superorganism.   Watch as Hart performs the sounds of his brain live, while visualizing his brain activity on screen.

In the video, Hart explains his Rhythm and the Brain project with his research partner, UCSF neuroscientist Dr. Adam Gazzaley.  "This is about breaking the rhythm code," says Hart. Once we know what rhythm truly does, then we'll be able to control it, and use it medicinally for diagnostics, for health reasons. To be able to reconnect the synapses, the connections that are broken in Parkinson’s and Alzheimer’s, that's where we are heading.”

In general, most brain data is studied after it is collected. With the help of Nvidia and their Graphic Processing Unit (GPU), Hart and Gazzaley are trying to get better real time brain data.  "once we define this, we will be able to give the code to the music therapists," says Hart.