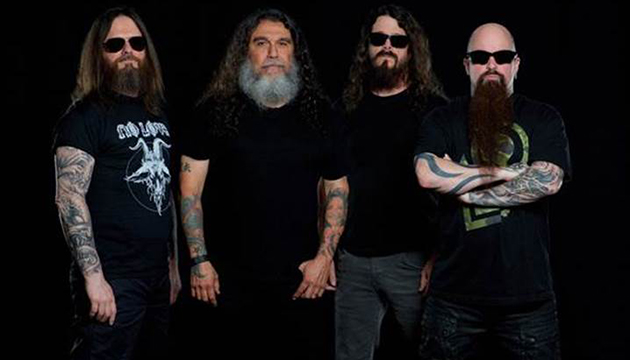 Taken from the band’s first LP in six years, Repentless, the song was released as part of Adult Swim’s single series

Iconic masters of thrash metal Slayer are dropping Repentless, their first new album in six years, next month, and on have shared another brutal single from the upcoming LP — a high-octane monster of a song called “Cast the First Stone.” The ferocious, drum-heavy track was premiered as part of their Adult Swim’s 2015 singles series. Stream it below or download it for free on Adult Swim’s website. Look for Repentless when it comes out on September 11 via Nuclear Blast Records.

Video: Dead to Me played a full set at the San Francisco stop of the Fat Wreck 25th Anniversary tour