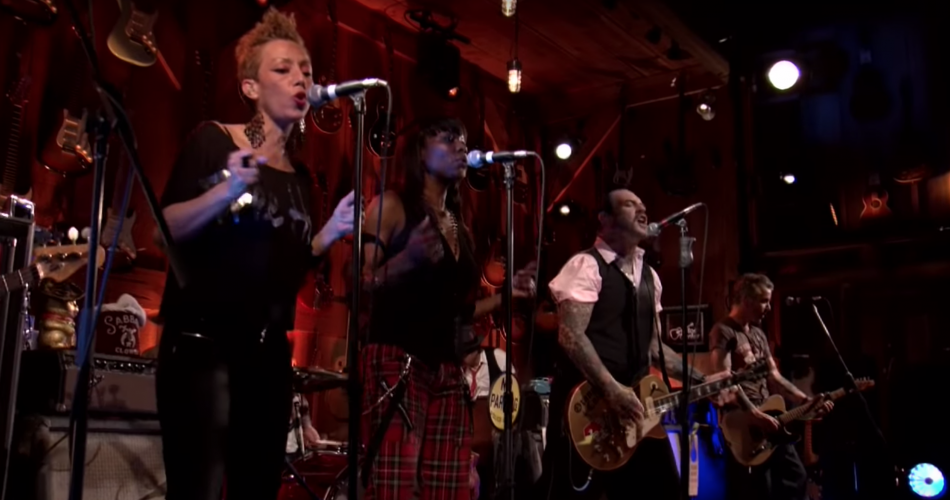 This winter marks the long-gestating return of O.C. punk stalwarts Social Distortion, which begins 2011 with a string of shows around the Southwest and Southern California that will culminate in a three-night stint at the Palladium in Hollywood on Jan. 27-29. The shows come alongside the band's first studio album in six years, "Hard Times and Nursery Rhymes," its debut full-length for equally sturdy punk label Epitaph.

Times music writer Randy Lewis spent time with Distortion founder Mike Ness and the band while they were making the new record, and Ness spoke openly about the challenges of harnessing hardened emotions to create new sounds.

"Changing the old anger is the challenge for me," he said. "When I was 17, it was perfect, because I needed it. I needed it to defend myself against the attacking world, and I had plenty of it. Even in my 20s, it was great. Anger's great for writing. Like everything, some of these things that were survival skills turn into a double-edged sword in your adult life — they can affect your marriage, affect your relationship with your children, affect your relationships period. …

"It's been a little turbulent," he said, adding with a twisted smile: "It's an interesting — and stressful — period in life, and that always does create a good record."

Ness also spoke with Lewis about his feelings on stepping into the Epitaph Records family. The label, launched in the early 1980s by Bad Religion's Brett Gurewitz, has, over the last three decades, built a sizable stable of punk, alternative, rock and even country acts.

"I have a feeling it's the beginning of a very long relationship," Ness said.

The full story of Social Distortion's return will go online later in the week, and appear in Sunday's print edition. For now, here's an exclusive track from the new album. The song is called "California (Hustle and Flow)," something that Ness and company know something about.