The Adolescents Biggest Tour Ever 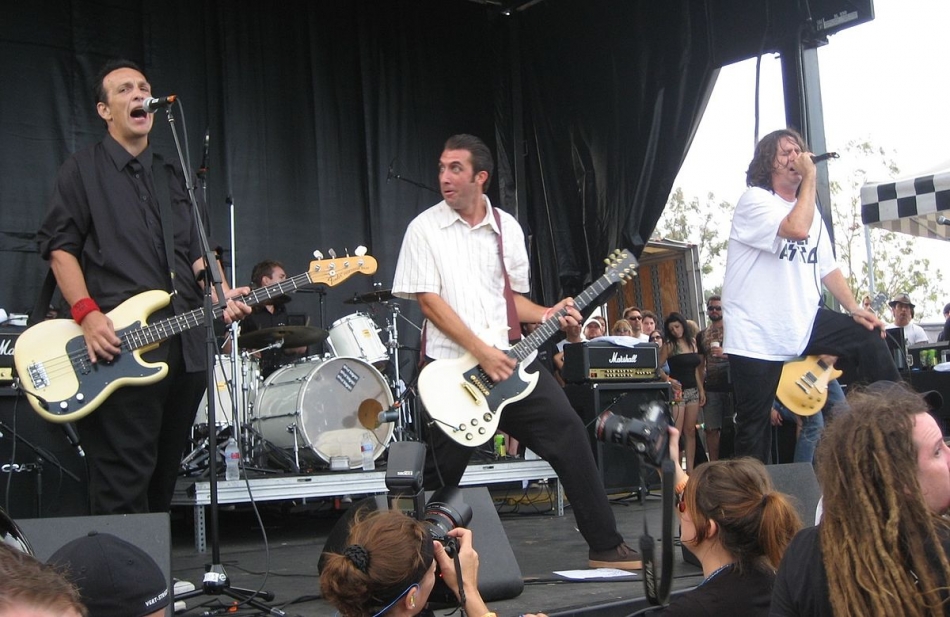 ONE OF THE GREATEST PUNK BANDS OF ALL TIME

Los Angeles, Calif., (June 21, 2006) - Orange County punk rock legends THE ADOLESCENTS (www.theadolescents.net) will be hitting the road this summer for a massive 31 date tour entitled "Monsanto Hayride Summer Tour 2006" beginning July 16th in Denver, Colorado at the Bluebird Theater and ending thirty four days later in Tempe, Arizona at The Clubhouse. "Monsanto Hayride" is the longest and most extensive tour in the band's history, taking them to many cities they haven't played before such as Buffalo, Kansas City, Pittsburgh, St. Louis and more.

THE ADOLESCENTS' cross-country tour comes in support of a variety of projects the band has released over the last year and a half due to overwhelming demand for 'all things Ads' by their fans young and old. Earlier this month, Frontier Records (www.frontierrecords.com) reissued THE ADOLESCENTS' classic eponymous debut release often referred to as the "Blue Album" as an extremely limited silver 25th anniversary edition on grey vinyl.

Tour dates are as follows:

About The Adolescents:
THE ADOLESCENTS' classic anthem "Amoeba" was prominently featured on DJ Rodney Bingenheimer's "RODNEY ON THE ROQ" compilation and quickly established the band as fan favorites. In 1981, THE ADOLESCENTS released their eponymous debut CD (also known as the 'Blue Album') on Frontier Records and along with Agent Orange and Social Distortion became crowd favorites of the burgeoning O.C. punk scene.

In 2005 Finger Records released "O.C. CONFIDENTIAL", the band's fourth full-length of new material since they formed in Fullerton, CA in 1980 to great critical acclaim. In addition to NPR's "Fresh Air" feature on the band, and write-ups in the San Jose Mercury News and Stuff Magazine in August of 2005, The Adolescents graced the cover of the O.C Weekly that declared, "If it wasn't for The Adolescents, your scene wouldn't be alive."

About Finger Records:
Based in Orange County California, Finger Records is an independent record label rooted in the D.I.Y. ethic, releasing independent music for independent minds. Founded in 1997 by Mel Schantz, the label has released CDs from a variety of new-school and old-school punk bands such as The Adolescents, Wrecking Crew, Coexist, The Skulls, Narcoleptic Youth, Unit F, Electric Frankenstein and others. Their motto is: 'punk incorporated, not corporate punk'.

Listen up LA! ellegirl.com has a present.