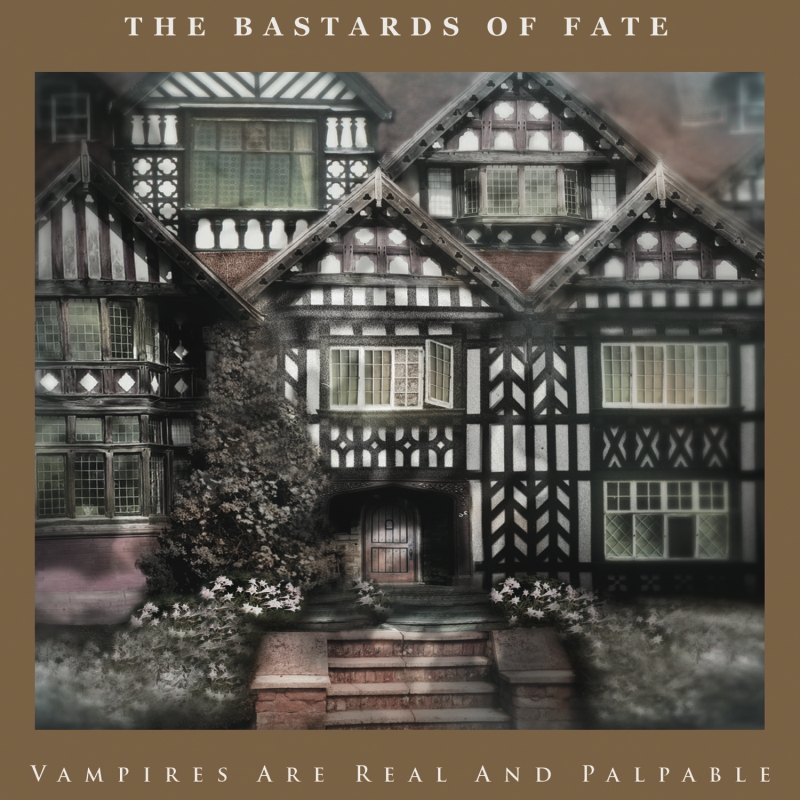 The Bastards of Fate - Vampires are Real and Palpable

Tucked into the mountains of southwest Virginia, Roanoke is a city of shadows and mist. The Bastards of Fate didn’t move there to become famous—they were born there, to grow up obscure. But as the release of their 2nd album, Vampires are Real and Palpable, approaches, the band’s reputation continues to spread like a well-executed piece of vandalism. A handful of rave reviews here, a successful tour of Europe there, and people are beginning to notice.

The Bastards make music for the 21st century, and possibly—if we make it that far as a species—the 22nd, It’s a cluttered screaming cacophony of connected isolation.  Vampires is a darker, altogether more desperate affair than 2012’s Who’s a Fuzzy Buddy, sounding less like a studio project and more like a band. It captures the visceral energy of their live shows—a chaotic mess of lightbulbs and screaming. Vampires laughs in the face of its demons; it scowls & weeps when confronted with angels. Cloaked in a sort of Edwardian grandeur, Vampires leaves one’s certainties in turmoil. It one of the deepest, most extreme, most tuneful records to emerge in recent memory.

Debut EP from The Teen Age out now