Video Premiere: “Fix Me” by Hearken 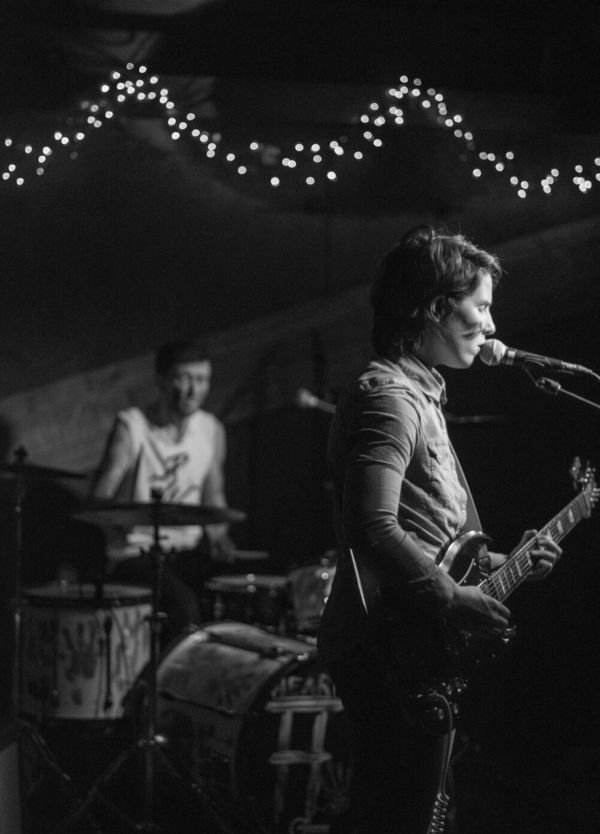 Fresh off their first headlining tour, Pittsburgh, PA-located grunge/rock/punk duo Hearken lay down a riveting and meaningful video for their recent heavy and passionate single “Fix Me” that explores the struggle to break free from depression.

The band is set to release their debut album, titled Help Me, I’m Alive, on June 27th. The LP thematically tracks the battle between the lower and higher self and the need for self-awareness and individuality.

Donny Donovan (who is also in dark indie pop band Dinosoul) and Gregg Brunner formed Hearken from the pieces of the broken up band Roulette Waves. They incorporate all sorts of potent music styles in their powerful sound, from the aforementioned grunge, rock, and punk to sludge and indie pop-rock.

They hit hard with 2017’s carte blanche EP and now they’re making big waves with “Fix Me”, which was released this past April, and “Bloom”, which appeared just a few days ago (with a premiere at Pure Grain Audio).

Rebel Noise is stoked to host the premiere of the video for “Fix Me” that features Donovan front ‘n’ center as she tackles the angst of being alone and prone in the abyss of a depressive mindset.

The track starts off in a calmer mode of strummed guitar, steady drum beat, and occasional cymbals smash. Donovan sings in a wistful tone to, “Fix me from a disease that I’ve made.”, but the airy longing soon turns to thunderous cries. The instrumentation rises rapidly in intensity, whipping into a storm of jagged rock guitar and continuously bashed cymbals.

Donovan’s malleable voice shape-shifts between, and even within, the verses and chorus sections, where she sometimes sounds vulnerable and pining, at other times dreamy and lost, and also fierce and formidable. Donovan and Brunner’s sonics shadow her changeable emotions, moving from a gentle sparseness to a fiery flow.

In the highly insightful video, which Donovan directed and was filmed by cinematographer Drew Clouse, a sinister and amorphous black shape with a mirror for a face stalks Donovan’s every twist and turn. She’s trapped in a shiny, silver space, staring at her reflection that’s distorted in cracked pieces of glass. As Donovan ruminates and exclaims, dark-clad hands grab at her, trying to pull her away into a state of depression. Will she ever find her way out?

Donovan reveals the meaning of song and video explaining, ““Fix Me” is a song about feeling hopeless and never good enough. Do I have the disease? That we have created; that I've created. Everything has been identified, diagnosed, and created by humans.”

“I've gone back and forth with my experiences with depression and managing it. I have been told to go on medications, which I refuse [to do]. I am coping and trying to heal myself and not identifying or describing myself as a depressed person. I want to feel my feelings and learn to control my reactions and self-negative talk. I am open to the universe guiding me to my true path. If things don't go the way I planned or wanted them to, it’s a change of direction; maybe a blessing.”

“The truth is, everyone suffers; everyone goes through shit; a lot of shit... We should be able to ask for help at any time, but as a society we have failed to be there for one another. Human connection is getting lost, our oneness is an illusion. It exists, but we need to be present and connect with one another.”

“However, having self-responsibility is the key and strength I work towards. I am swallowed whole by the darkness; accepting it; accepting my struggles and my wounds. Washing myself and cleansing my ‘stuck’ perception of life. The mirror theme is to face yourself and accept all of what you are. The horse [in the video] represents freedom.”