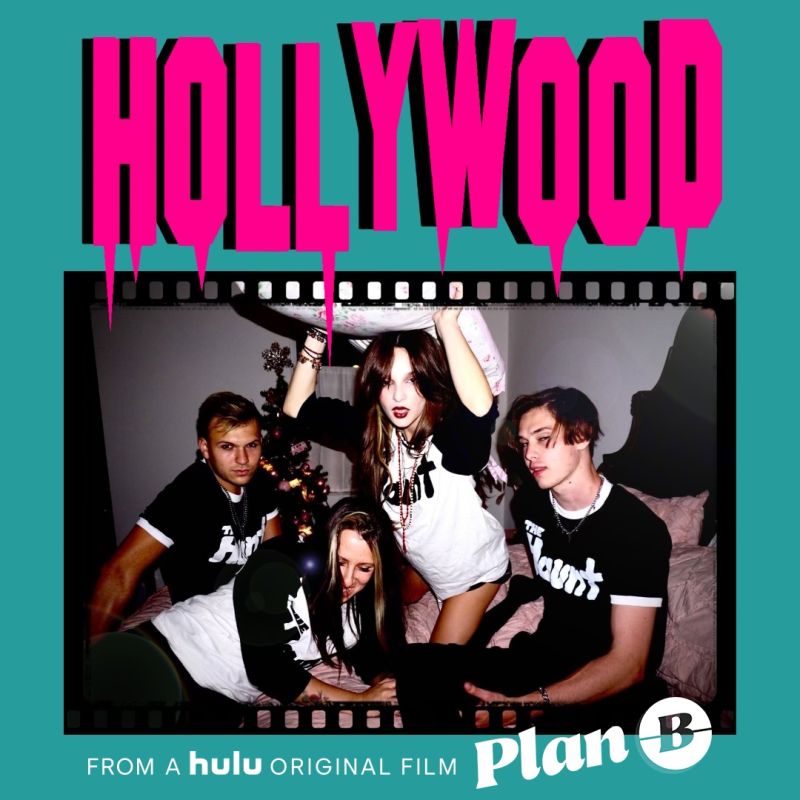 A dynamic alternative rock band with killer pop melodics, South Florida’s The Haunt recently released their vivid second EP, Social Intercourse, to enthusiastic raves, with Alt Press including them in their 100 Artists You Need To Know feature.

The fast-rising rock band are on a roll with their latest single, the revved-up, Riot Grrrl-inspired “Hollywood,” a stand-alone track that they expressly created for the Hulu Original movie Plan B.

It turns out that the director of Plan B, actress Natalie Morales (Parks and Recreation, Dead to Me, Santa Clarita Diet), is a friend of The Haunt’s core members, siblings Anastasia Haunt (lead vocals) and Maxamillion Haunt (guitar, vocals, producer).

As luck would have it, the band, which includes Nick Lewert (drums, producer) and Natalie Smallish (bassist), were in Los Angeles working on their debut album when Morales requested that they record a punk rock number for her new comedy.

And The Haunt went at it in a frenzy, recording the aptly named “Hollywood” in one crazy night in their Airbnb in LA in the wee hours of the night/morning.

Rebel Noise is stoked to host the premiere of the music video for “Hollywood,” which was DIY-filmed at an enjoyably rowdy house party over the weekend.

An homage to New Wave-‘80s styles, Max Haunt sports an MTV-logo t-shirt, Ana Haunt crimped her hair to the max, and both Nick and Nat wear black mesh outfits.

The Haunt’s members and their friends party down hard in the video, with the glammed up band performing in front of a wildly dancing crowd. Serious fun is had all around in the name of punk rock ‘n’ roll!

Max gives some insight into how the song and video were made, explaining, “Everything about “Hollywood” was created to capture the energetic vibe of Plan B! We recorded “Hollywood” in an Airbnb in Los Angeles at 5 o’clock in the morning.

The song sounds as chaotic as the way it was written. We were on no sleep and had a tight deadline, since we were writing the song specifically for the movie. When we made the video, we recreated some of our favorite scenes from the movie, and tried to capture the chaotic party energy feeling that the movie evoked!”

The excitement doesn’t end there as The Haunt will be releasing their first LP, produced by Kevin Gruft (MGK, Escape The Fate) and Brandon Friesen (The Kooks), this fall season.