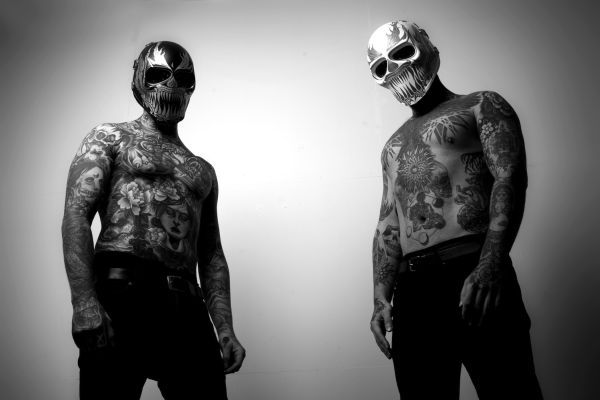 Bone Cult was formed by Sam Hartill (bass, production) and Richard Watte (vocals, guitar, production) who both had a desire to offer a strong alternative to "the regular four guys in jeans and t-shirt look".  The band has since gained high-profile support slots with the likes of The Qemists, Slaves, Sleaford Mods, and more.

The track "SALT", which is an acronym for Such A Long Time, is a step away from the pair's previous releases, showcasing a different side of Bone Cult’s production while still reflecting the same emotions explored in the previous single, "Fortune and Sorrow".

Hartill explains, "There are different layers of vocals to portray the same narrative, only from alternative perspectives."

Championing solid production and strong visuals, the song, and video for "SALT", carry the visceral pulsing energy of 65daysofstatic channeled through the slick, accessible dance vibes of Daft Punk.

Check out the premiere of the stark and darkly mesmerizing video for "SALT":