LIES! from Groningen, Netherlands was founded in the end of 2010 and started playing shows in April 2011. A Dutch four-piece of power and charisma - experienced with roots in the 90s scene and war hungry. They front a new storm of supreme 90s metalcore brutality like ALL OUT WAR mixed with the energy of keepers of the faith: TERROR. The demo was released on tape by german label Street Survival Records and the CD version was brought out DIY. LIES! supported HATEBREED, SICK OF IT ALL, CORNERED and NASTY - gained massive response by DIY promotion resulting in full packed headlining shows in several clubs in Belgium, The Netherlands and especially Germany. One year after their debut demo they wrote 7 new tracks for their “Nineties’ EP, recorded it in the Sound Lodge Studio in Germany (God Dethroned, Sinister, Dew-Scented) and in their own DIY studio and released it on April 12th 2012. 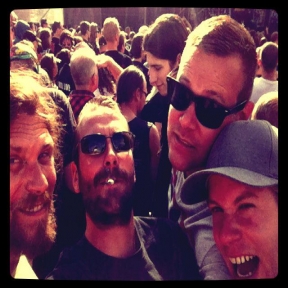