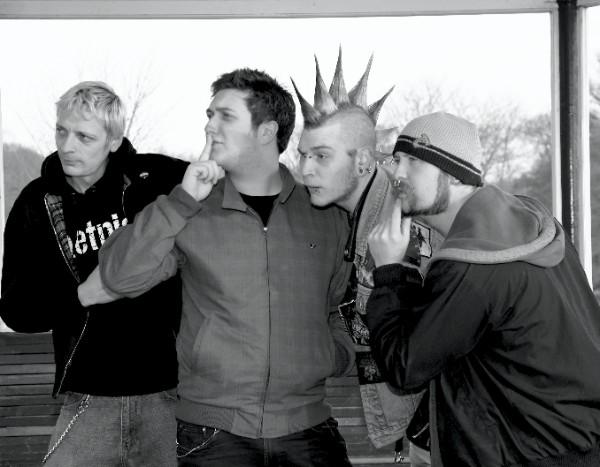 Stiv and Ste started jamming and working on songs with a NoFX/Bad Religion slant in early 2007. We decided to get our bums in gear and after a few false starts Acid Drop was finally formed in September of the same year. Ben and Pete brought in different styles of punk - e.g. Ben brought the folk punk influences of The Street Dogs, Dropkick Murphys, The Briggs etc and Pete just loved to hit things hard and fast.

Since Acid Dropâ€™s first gig @ the legendary 1 in 12 Club, Bradford (supporting The Inner Terrestrials) Acid Drop have clawed away non-stop at the local punk scene.

2009 also saw Acid Drop opening the Tuborg stage at The Download Festival (ex monsters of rock) @ Donington Park on Saturday 13th June and an appearance at the Rebellion Festival in Blackpool.

2010 Acid Drop will release their debut album and hatch their evil plan to take over the world. Mwaaa ha ha ha haaaa.