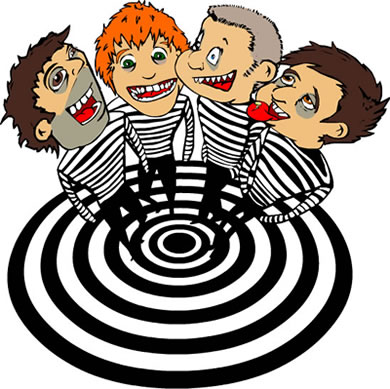 Overflow is punk rock band from Croatia most known by their energic and powerful live performances, melodic tunes and good sense of humour. When they started playing as teenagers solding clubs all over Europe, many could not believe that such young band from small country can play such powerful music. Praised by critic and public, they were called wunderkinders and croatian Ramones. Today, Overflow is one of most successful bands from teritory of ex Yugoslavia.

They released five full lenght albums "Through Department Store", "Dorothy", "Extremely perverted fantasies of mad milkman disordered mind", "Unbreastfed 69" and "Live" at…parties", split cd "Get off my spot" in France with Seven Hate, number of singles, compilations with Nofx, NoMeansNo, Bambix, Over it, MDC, The Ex…Two albums were recorded in Amsterdam with Mr. Zlaya who had work with Sonic Youth, Tortoise, The Ex, Green Lizards…

Overflow made eight music videos that, apart from Dorothy, were produced and directed by themselfs. Dorothy was their first video, first real music video in Croatia and a big hit. It was broadcasted all over the world and was first croatian video broadcast on MTV International and in cult show Â«120 minuteÂ».