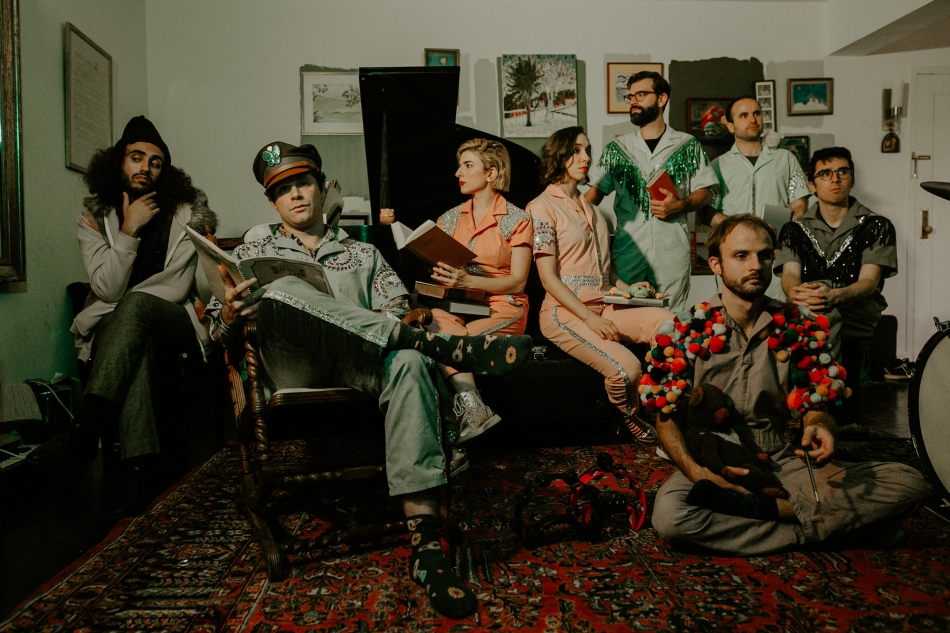 Have you ever heard a cooler song title than ‘Velociraptor Swayze’?

No, neither have I.

Well that's a song by the seven piece art-rock band from New York City called Ecce Shnak (pronounced Eh-kay sh-knock). The group is an amalgamation of genres, influences and talents that come together to make a unique blend of pop and classical with a dash of punk. The first incarnation of the group came together in the early twenty-tens at Temple University in Philadelphia where Davey, the lead singer and songwriter, studied classical guitar. The current line-up swiped right on each other a few years later in the big apple. 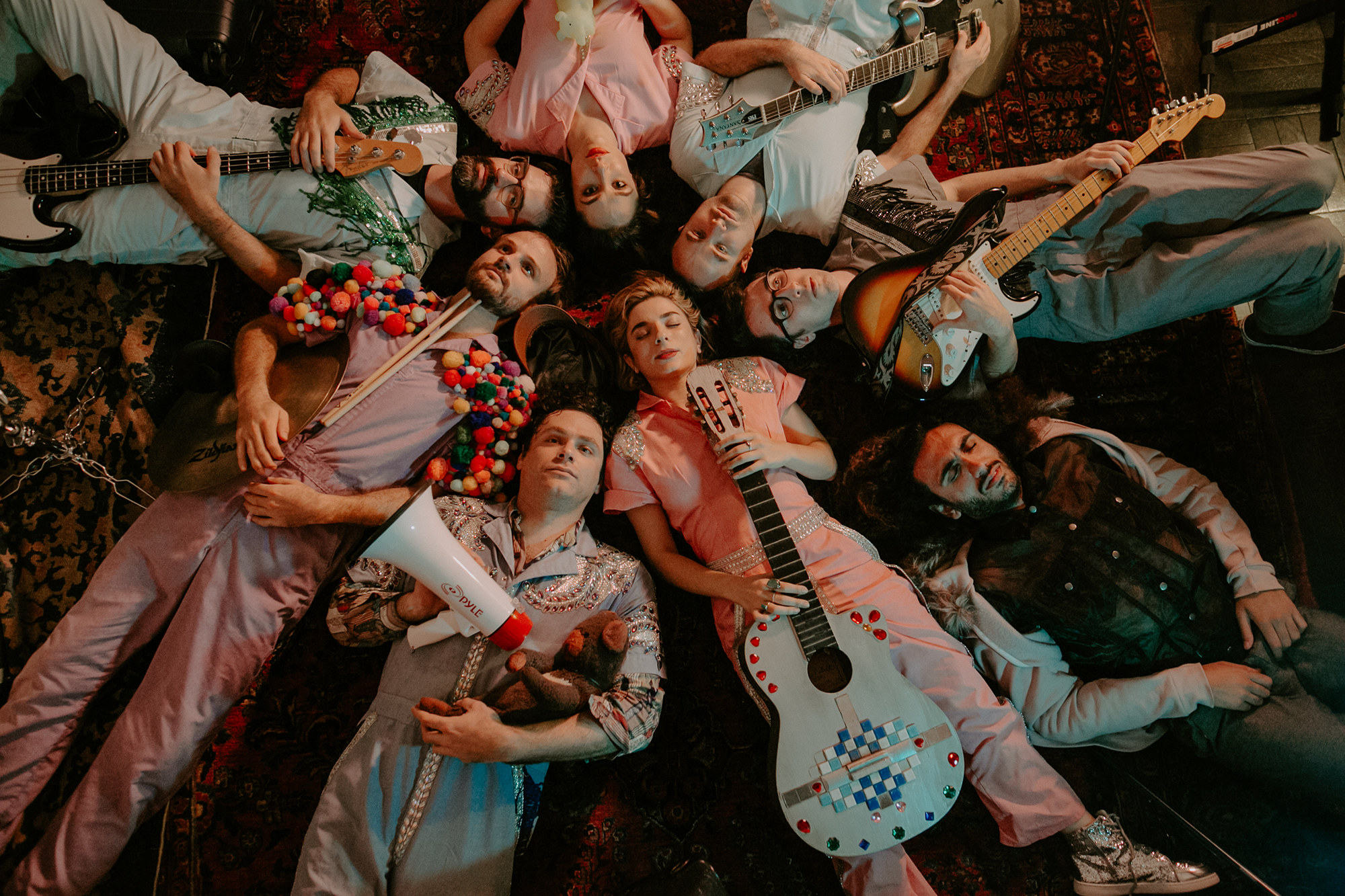 There are a lot of folks in this group. I wonder what kind of tour van they would require. Here is a run down of the entire Shnak 'pack' member history. Davey was previously in Fa'afafine and a kickass indie rock band called Lightning Bug. Lee is the guitarist, he plays with For Trees & Birds and Naimbi Ra and the Blackstarz in his spare time from the Shnak. Chelsea started with piano and singing as a child, graduating to musicals and studying opera in college and grad school. This is the first time she's been in a band, unless you count the time she and two friends tried to form a knockoff Spice-Girls-esque trio in the third grade. Henry is the drummer. He was a founding member of Snow White and the 7 Slutz and Powerhorse. Tristan plays with Marateck, Tigue, Dollshot and his drone duo with Marilu Donovan. Brendon has a math rock band called Marateck and a chamber rock group called Invisible Anatomy, and he's a member of the Glenn Branca Ensemble. He also writes music for classical players, and one time he performed West Side Story with the China Philharmonic on five days' notice. He's played guitar in straight-up rock bands, hardcore/mathcore bands, prog-pop bands, as well as inexplicable stuff like an indie/world music collective and a folk/prog/industrial metal duo. Sara Lin is a soprano of the classical variety. Ecce Shnak is her first rock band.

That's quite a melting pot that makes up this strange brew. We asked how they would describe their music to their dear old granny and here's what they said, "Oh hey Grandma! Oh you *WANNA KNOW* what the Shnak, the unshnakable-with Shnak squadron sounds, smells, looks, and feels like?!?!?! Awe well that's a cinch, Nonna. Just rock as hard as you can with every part of your soul, and prey to all gods and all mortals--real and fake, living and dead--with your dancing flesh. THAT is what the Shnak sounds, smells, looks, and feels like."

Would you rather be able to fly or be invisible?

Invisible. Though flying would be insanely fun, if one could be willfully invisible, one could play much more effective-ass and necessary tricks on tyrants. One could: destroy fossil fuel pipelines, weapons, bombs, and drone-planes without hurting anybody; set free the imprisoned; get our Robinhood on and steal money from plutocrats and give it to poor and working people; and pull Steve Mnuchin's stupid pants down in public ("Fuh'thah'guy!").

Davey - System of a Down (aahhhhhh!)... and there are others that I REFUSE to admit to.

Chelsea - The bubblegum of my mid-90s childhood. Savage Garden is an unfairly overlooked gem of a pop duo.

Brendon - Generally I'm a believer in guilt-free listening if a thing grabs me, for whatever reason - even if/especially if that reason is "it's dumb and fun and it feels good" (I also love System of a Down and will apologize to no one for that). That said, this winter I did do a deep dive into a comparative analysis of the right-hand picking techniques of Yngwie Malmsteen and Eric Johnson (tl;dr they're basically identical and they both optimize their scale patterns to play even numbers of notes per string allowing theretofore unseen levels of speed *takes a deep breath and pushes nerd glasses back up sweaty bridge of nose*) and I will admit that I did not feel great about myself afterwards.

Which animal would make the best type of president if the animal kingdom ever rises up and takes over?

Hmmm... probably no animals, not because they're not as cool as the hooo-monnn animals, but because probably no one should be president. However, if a golden retriever were the most powerful executive-ish figure in an otherwise laterally organized anarcho-syndicalist post-hoo-monn government, a cabinet of a butterfly, a cactus, a spider, a dolphin, and the microbe alcalagenus faecalis would probably get most of the hard work of governance done, and well. (Great fucking question by the way...word to this question... President Snuggles is the one we NEED).

What do you want to be when you grow up?

When Ecce Shnak grows up, we want to have a community of Shnakfans worldwide (fug'n truly all seven continents!) that know the lyrics to the songs, have a personal connection with the stuff, and come to shows in the 2,000-or-so Shnakfans per show. Something like what other cool-ace weirdos have been able to pull off: Gogol Bordello, Dillinger Escape Plan, Deerhoof, Lightning Bolt, and other cats. We hope to have recorded a bazillion dope records, man, and helped inspire others to do the same. Finally, we hope to have played our own teeny-but-legit part in the the survival of the human (and other!) species and the restoration of a just human civilization and a habitable planet Earth.

Everyone has a good app idea. What’s yours?

"Worrystone." All it is is a picture of a flat rock, about an 0.5"x1." That's all. (Think about it........ it's not just wack lazy minimalism....... there's a real and really stinky MEEEEEAAAAANNNNNIIIIINNNNNGGGGG to this one. Then go ahead and steal this sick idea. Just make sure it downloadable for free!) 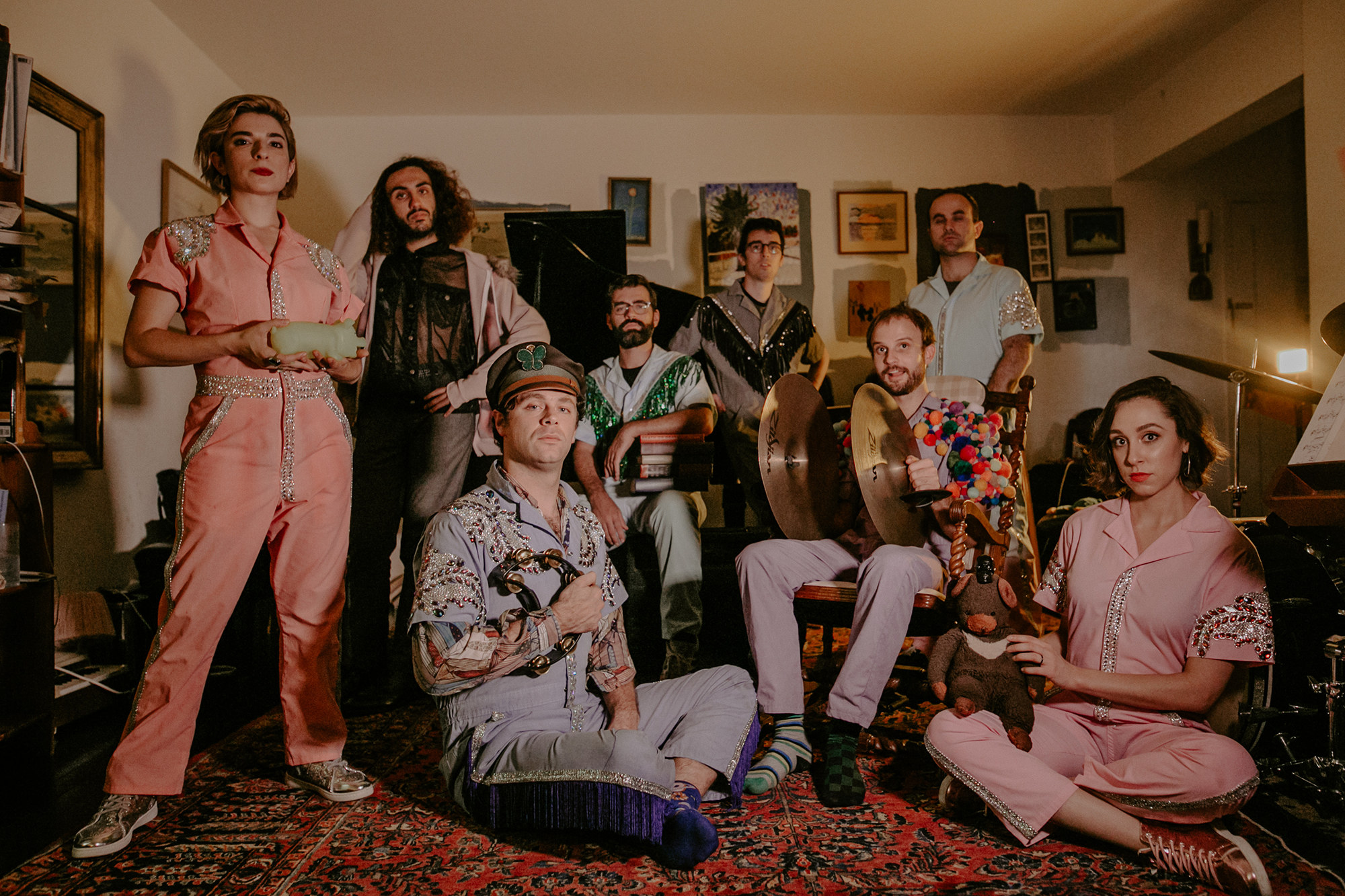 Renewal Through Toxicity: An Interview with Wingtips