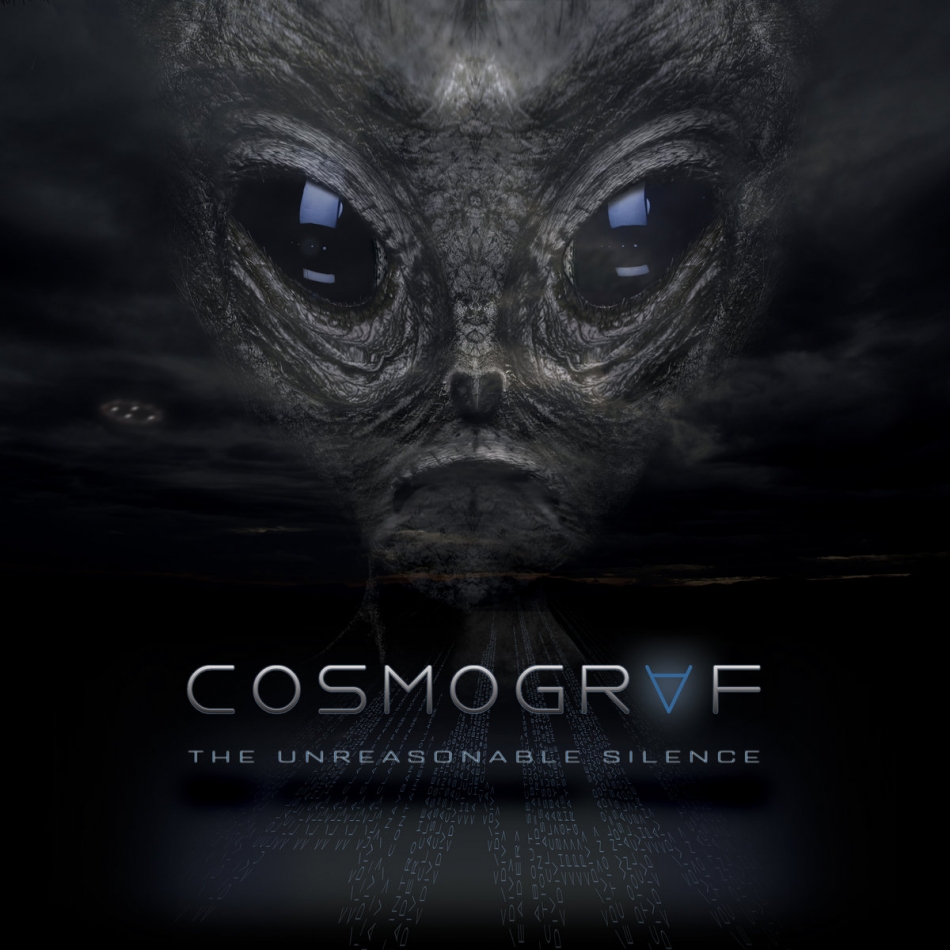 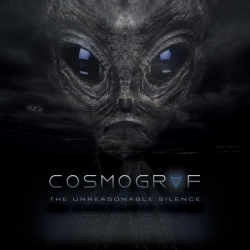 With ‘The Unreasonable Silence,’ Armstrong further cements his place as one of the leading modern progressive rock artists.

Musicians have always been able to produce their own work to some extent; however, the incredible advancements in current recording technology, coupled with the possibilities of the internet, make it easier than ever to utilize guests from all over the world to create robust and polished albums. In other words, the players can still create high quality records without ever being in the same room. One of the best modern examples of this is Cosmograf, a progressive rock outfit spearheaded by Robin Armstrong, who, like Arjen Lucassen (Ayreon), constructs the foundations for his efforts and then enlists several outside contributors (both in person and remotely) to help bring them to life. On his fifth full-length, The Unreasonable Silence, Armstrong once again proves to be a dedicated and talented composer/storyteller who displays plenty of technical skill and imagination. Like its predecessors, the disc demonstrates how enthralling, multifaceted, and rewarding the genre can be if creators are left to their own devices.

As expected, some of the most intriguing and distinctive aspects of The Unreasonable Silence are its story, cinematic vibe, and narrative style. After all, Cosmograf is known for using voice overs to tell cosmic, philosophical tales, and this entry is no different, as it touches upon “the themes of paranoia, social withdrawal and conformity, and ultimately the search for meaning in our own existence.” Billed as “an existential concept album with an alien theme,” it’s actually based on Albert Comus’ “The Myth of Sisyphus.” Armstrong elaborates:

It’s essentially a more modern re-telling of [his] writings about mankind’s struggle to understand the universe and our role within it . . . Camus described man standing face to face with the irrational, longing for happiness and reason which leads to a confrontation between the human need and the unreasonable silence of the world . . . . [I] twist the story to portray a modern character that has become disillusioned with his own life to the point that he believes his destiny may reside in another world.

Joining Armstrong on the journey are numerous renowned instrumentalists, including drummer Nick D’Virgilio (ex-Spock’s Beard, Big Big Train, The Fringe), bassists Nick Beggs (The Mute Gods, Steven Wilson) Dave Meros (Spock’s Beard), and Rachael Hawnt (The Great Scott Band, The Beautiful Secret). In addition, a handful of people play specific parts, such as Redd Horrocks (“Emma, the girlfriend”), Martin Paine (“Tom”), Linnea Sage (“Amy Curtis”), and Martin Hutchinson (“Martin Jones, conspiracy theorist #1”). All of them bring the fiction to life and give The Unreasonable Silence its involving, theatrical quality, and while it’s not quite as varied or colorful as 2014’s Capacitor, it’s still a remarkably consistent and captivating achievement.

“echo $abduction;” provides a brief and calm yet also chilling and ominous introduction: crickets chirp and spacey synths swell as a Gilmour-esque guitar passage paints an emotive portrait. Someone gets out of a car and a deep voice speaks about Sisyphus. It segues seamlessly into “This Film Might Change Your Life,” whose first half is a [mostly] instrumental sci-fi adventure bursting with laser sounds, panicked rhythms, and heavy keyboard tension. Several voiceovers allude to alien abduction and general cosmic mystery. It’s very gripping, evoking shades of Sky Architect and IQ while still feeling quintessentially Cosmograf. A gentle piano motif breaks up the frenzy momentarily, and once it returns in full force, Armstrong launches into his narrative verses with distinctive vigor and tone. Soon after, several falsetto harmonies interlock in beautiful desperation, initiating a biting guitar solo before more tasteful piano notes couple with more voices to conclude the track. All in all, it’s a stellar (no pun intended) way to start, showcasing how Cosmograf’s non-musical sounds are just as integral as the actual instrumentation in terms of telling a dramatic and profound account.

Armstrong continues to impress vocally on “Plastic Men,” as his verses are delicate and longing, complemented by a sparse and somber arrangement, while his choruses are empowered and multilayered. Likewise, the track exhibits how dynamic The Unreasonable Silence is; it maintains a constant vibe without ever feeling stuck in its personality. Its follow-up, “Arcade Machine,” is a suggestively faster, denser, and more playful rocker with vibrant timbres, foreboding lyricism (“Kill yourself to pay the man / Feed into your pension plan / Buying stuff you’ll never use / Mental health you’re gonna lose / Forget the kids, abuse your wife / Forget the need to have a life / Forty years of living hell / Leaves you like an empty shell”), and great verve.

“RGB,” on the other hand, is tranquil and thick, with dreamy textures led by a hypnotic acoustic guitar riff. Its strongest attribute, however, is surely its mournful croons, which cascade over the soundscape with lovely, ethereal pathos. Without a doubt, “Four Wall Euphoria” packs a late ‘70s/early ‘80s Floydian punch, with funky keyboard and guitar solos expounding the killer energy alongside female choral accompaniment. Two voiceovers discuss either the oddities of humanity or the whereabouts of the protagonist (which is a highly effective trend throughout the record, actually, because it constantly suggests how this man’s disappearance has affected his love life and career). “The Uniform Road’ maintains the narrations while oscillating between conventional heaviness and galactic ambience. There’s even a bit of symphonic production too, which is superb, and truth be told, it shares some commonalities with post-Lightbulb Sun Porcupine Tree (in fact, the antagonism of its opening lines are reminiscent of “The Incident”).

The sorrowful, introspective nature of both ‘The Silent Field” and “Relativity” makes them two of the most overtly appealing tracks here; the former is short and serene, yet there’s a lot of anxiety there, too, while the latter is more full-bodied and striving, with more sharp guitarwork and soaring vocals. As for the title track, it closes the record with immense elegance and epicness, more or less throwing every element we’ve heard thus far into a wondrous melting pot. Once again, a female chorus and spoken philosophical ponderings help differentiate it from the pack. Overall, it’s an commanding and all-encompassing finale that makes you want to take the trip all over again ASAP.

With The Unreasonable Silence, Armstrong further cements his place as one of the leading modern progressive rock artists. While Cosmograf certainly has a few sonic elements in common with some very influential past artists, he still manages to make it feel substantially idiosyncratic because of his own singing and writing style, as well as the emphasis on storytelling and non-musical features. Similarly, even if Capacitor is a tad superior, that doesn’t mean that The Unreasonable Silence is lacking at all; really, it’s just a testament to how great Cosmograf can be. There isn’t a weak moment here, as its plot, melodies, effects, and arrangements enchant from beginning to end. Not only is it another excellent entry into the Cosmograf catalog, but like its precursors, it’ll no doubt be regarded as one of the best progressive rock releases of the year.

Ending at the Start