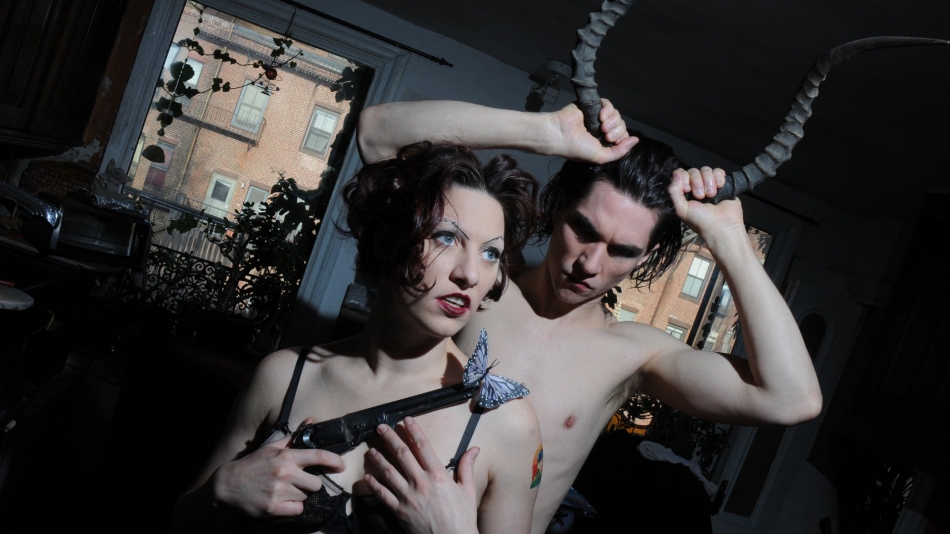 “The chances of us just playing old material is zero.”

After confirming a reunion for her punk cabaret act Dresden Dolls yesterday for a handful of American shows, Amanda Palmer has confirmed that the duo will also be performing new material.

The band, Amanda Palmer and Brian Viglione, officially went on hiatus in 2008 to pursue other projects, but have performed together occasionally since then, with Palmer concentrating largely on her solo career and work with the Grand Theft Orchestra, as well as penning a book 'The Art Of Asking'.

In an interview with Pitchfork, Palmer said: "The Dresden Dolls never get together to play shows without surprising people and the chances of us just playing old material is zero."

"It is important to point out that the Dresden Dolls are and always have been a fundamentally live band," she added, continuing "throughout the course of our touring history, you never knew what you were going to see when you went to a Dresden Dolls show."

"These two shows are going to be no exception. We are going to pull out all the stops: there is going to be insanity, onstage special guests, strange happenings, love with the audience. It’s never simple."

The band, who describe themselves as "Brechtian punk cabaret", last released a studio album, 'Yes, Virginia', in 2006, though they've released a handful of compilation works since them, including a three-LP set called 'The Virginia Monologues' in 2015, which was limited to just 9,000 copies.

Palmer is currently funding much of her work through artist subscriptions service Patreon, and recently had her first child. Her last studio album was 2012's 'Theatre Is Evil'.