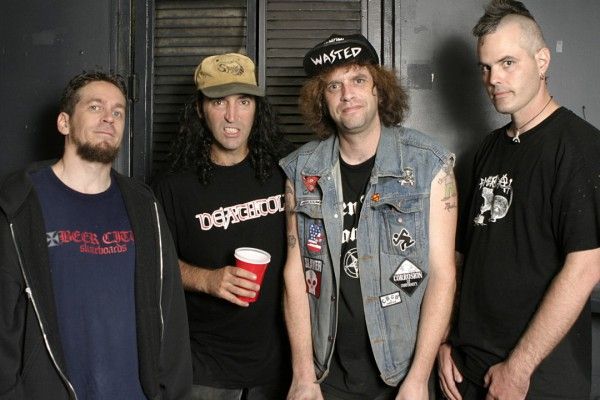 Seminal crossover thrash band D.R.I. (aka Dirty Rotten Imbeciles) has announced plans to released their first new record since 1995. The new release will be an EP and the group is currently finalizing artwork for the effort.

Vocalist Kurt Brecht tells the Phoenix New Times, "[This is] just a handful of songs to test the waters. We haven't put out anything new in so long, so we wanted to see how much interest there really is in it." Brecht adds, "It's straightforward, without the metal guitar sound... I'm more into the hardcore myself, but it's okay if we keep the metal because we mix it all together."