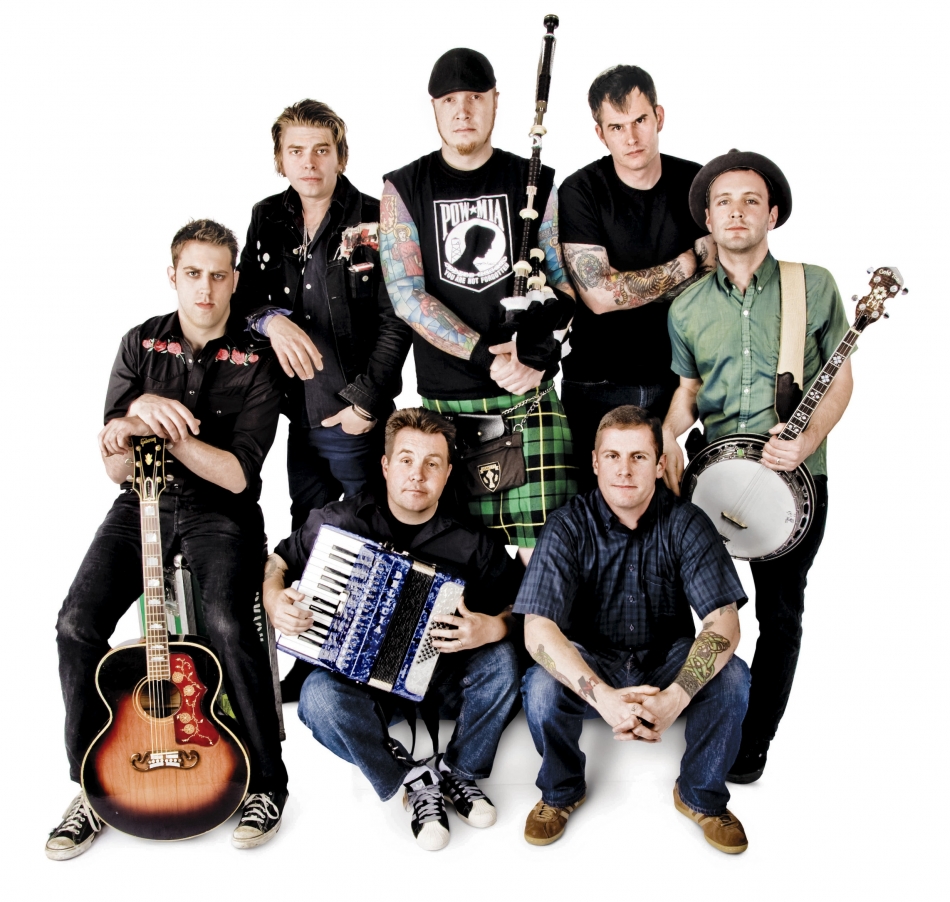 Dropkick Murphys have donated over $300,000 to 60 victims of the Boston Marathon bombings, thanks to a multi-faceted fundraising effort involving t-shirts and Bruce Springsteen.

The hometown heroes responded to the tragic events by seeking donations to the Claddagh Fund, a charity started by founding band member Ken Casey. Just days after the explosions, which killed three and injured over 200, Dropkick Murphys released t-shirts that read "For Boston" on the front and "Thank you, to all who purchase this shirt. All proceeds go to the victims and families of the Boston Marathon Bombings. Love, Dropkick Murphys" on the back. Within 15 hours, they'd raised over $65,000 and passed the $100,000 mark days later.

Helping the cause, the band played a benefit show at Boston's House of Blues and released the Rose Tattoo: For Boston Charity EP, featuring Bruce Springsteen on a re-recording of their song "Rose Tattoo." "Bruce actually called us up the day of the bombing and asked what he could do to help," guitarist James Lynch told Springsteen fan site Backstreets in May, and Billboard reported. "We didn't have to reach out. He was there for us."

"We were humbled by the kindness of our friends and fans who got behind this cause with so much heart and passion," Casey said in a statement. "It was truly an honor to be able to represent them and contribute, even if in a small way, to help these inspirational individuals."

The Murphys' efforts aren't done. Continued sales of the EP and new shirts will bring more money to the victims, many of whom were visited by the band over the past few months. The Claddagh Fund will dole out these funds soon.

Richie Ramone Solo Album On The Way From DC-Jam Records