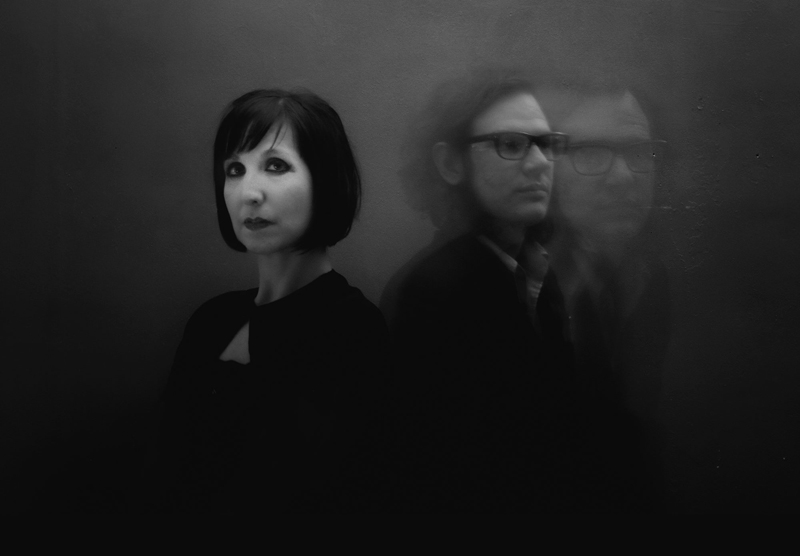 Doug and Stephanie, ex-members of The Clutters, release a stark album of just guitar, drums, and vocals.

After over a decade of playing together as one half of Nashville based band The Clutters, a band that garnered public praise from the likes of David Fricke of Rolling Stone and film director Cameron Crowe, Doug Lehmann and Stephanie Brush are stripping it all back, opening wounds and letting it all bleed on their Mystery Twins debut Ghost In The Ground.

The full-length follow-up to 2012’s acclaimed cassette EP “Love is Strange” -- a release that earned them a spot on the upcoming Poetry Sucks! anthology from Jack White’s Third Man Records --  "Ghost In The Ground" is a haunting portrait of misspent adulthood. Just guitar, drums and voices, the Mystery Twins are like a cynical, co-ed Everly Brothers brandishing razor sharp songs that cut to the bone with the simplest of strokes. "I want to accomplish the most we possibly can with the least amount possible" states Lehmann. "It's not necessarily a minimalist approach, but an economy of scale that forces us to justify artistic decisions." With such a long tenure as bandmates Lehmann and Brush have developed a preternatural sense of song craft, a mastery of the streamlined and a push and pull delivery that not only makes them a phenomenal live show, but digs deep into your soul on record.

"Ghost in the Ground", partly recorded with engineer Joe Costa (Ben Folds Five, Brendan Benson) and co-producer Dexter Green (The Greenhornes, Derek Hoke) and partly recorded by Lehmann himself, manages to be mature and innocent in simultaneous strokes. There is a grandeur in their simplicity, a brashness in their beauty and a spool of contradictions spooling out from the album. "A Lot of this album is about alienation, about feeling like an outsider in the middle of a crowd." Lehmann says "I don't really see that as something I should shy away from anymore. Ghost in the Ground is about identifying things you may have perceived as weaknesses in the past and turning them into advantages."

From the headless vandalized statues of outsider-artist E.T. Wickham that adorn the cover to the final acoustic chords of “Long Days”, Ghost in the Ground is a work of subtle charms and shining moments.

Full Album promo from indie rock trio You Are Plural