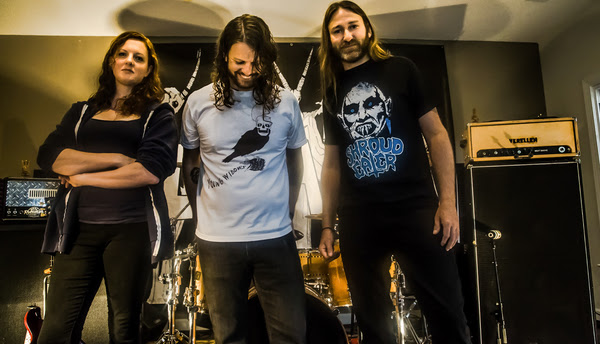 Jan. 11, 2017, Greensboro, N.C. -- Irata, the North Carolina trio who released the album Sweet Loris via Kylesa’s Retro Futurist label (with Phillip Cope producing), take on two tours this winter: February dates with Freedom Hawk and a March run with All Them Witches.

“One year ago I thought I was on my death bed,” says Irata drummer Jason Ward, of his severe illness due to an infection caused by a broken collarbone. “I survived. Other than being with my children, I can’t think of anything better than playing our new album Sweet Loris live, touring across the country with two kick ass bands (Freedom Hawk and All Them Witches) and making new friends along the way! Seriously, what could be better?”

New Noise said of Sweet Loris, “Irata’s progressive-ish take on doom-y rock/metal is impressive, both in its execution (these songs are fun both despite and because of their length) and in how well they carve out their own take on the style.” Hometown alt-weekly, the Triad City Beat, said the seven-song release’s title “is an apt metaphor for the Greensboro band’s grueling but awe-inspiring journey into a harsh yet exhilarating sonic frontier.”