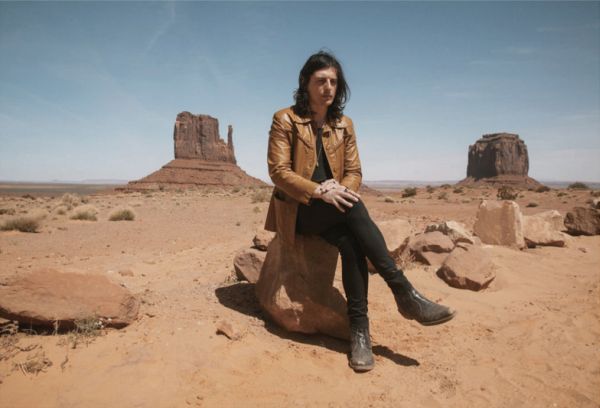 Nero Kane has unveiled a run of cinematic videos to accompany each track of his latest LP.

Dark rock musician Nero Kane come from Milan, Italy, but his sound and outlook emanate from the American spirit and desert landscape. Late last year he released the atmospheric album Love In A Dying World, and more recently he’s unveiled a run of conceptual, cinematic videos to go with each song on the LP.

Love In A Dying World was produced in Los Angeles by Joe Cardamone (The Icarus Line, Jesus And Mary Chain, Holy War) with the art collective American Primitive and released via Fuzz Club.

The experimental videos were shot as one long film in California by Italian visual artist and performer Samantha Stella from the artistic duo Corpicrudi. The themes of the movie are based on Love In A Dying World and it has been screened in a museum and art gallery in Italy.

Nero Kane’s music is a mesmerizing and noir mix of spare psych-folk and stark blues-rock that he marks with his dispassionate, direct vocals. Follow along his wandering and searching path in the videos below:

Petrol Girls - Long political rants at inconvenient moments, set to very loud music that you can dance to