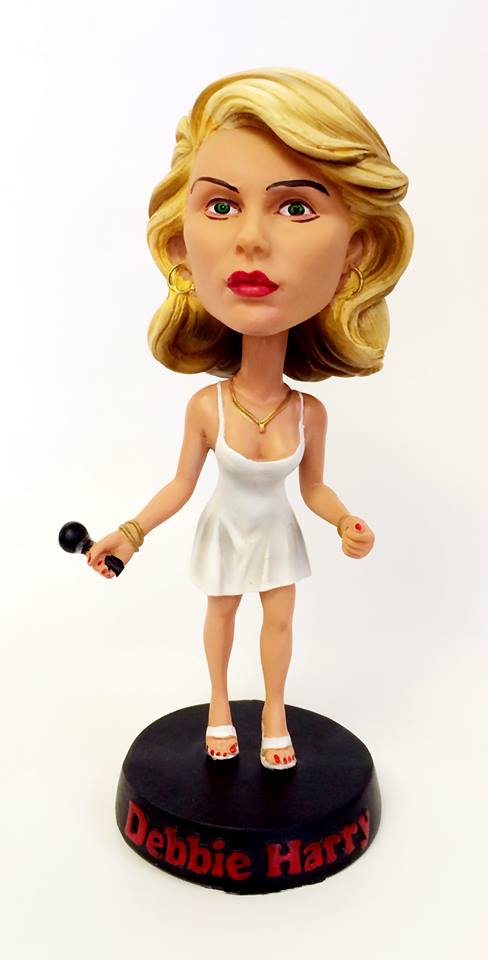 Harry rose from the 1970s New York club scene to international stardom with Blondie, and now this punk-rock chanteuse is presented as a limited edition, hand-numbered bobble head. Debbie is rendered with her iconic white dress and golden locks. The doll stands approximately seven inches high and is cast in durable polyresin for stability and exquisite detail.

With her two-tone bleached-blonde hair, Debbie Harry quickly became a punk icon. Her look was further popularized by the band's early presence in the music video revolution of the era. She was a regular at Studio 54, and in June 1979, Blondie was featured on the cover of Rolling Stone.

During 1976 and 1977, Blondie released their first two albums. The second experienced some marginal success outside the United States. However, 1978's Parallel Lines (US No. 6, UK No. 1) shot the group to international success and included the global smash hit single "Heart of Glass." Riding the crest of Disco's domination, the infectious track hit No. 1 in the US and sold nearly two million copies. The follow-up single "One Way Or Another" reached No. 24 on Billboard's Hot 100. The album was the band's biggest success. Although it has sold over 4 million copies in the US, it has never been certified above the Platinum level. It was also the biggest selling album of 1979 in the UK.

Black Flag’s “What The…”, the band’s first album of new material since 1985