Black Flag’s “What The…”, the band’s first album of new material since 1985 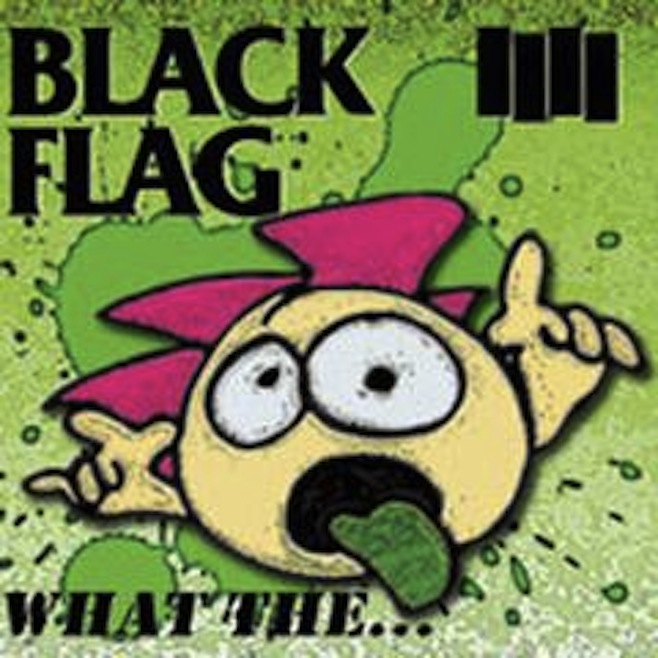 Check out new promo video and listen to “Wallow in Despair”

Greg Ginn's Black Flag reunion–not to be confused with FLAG, the other Black Flag reunion project—is releasing a new album. Although the release date appears to be a moving taget, the latest news is saying December 3 and believe it or not that green montrosity you see above is the album cover (I guess Keith got Pettibon in the divorce). The record is aptly titled "What The..." which I think should refer to the album cover. Also of note is that Reyes designed the album's amazing cover art.

Check out the tracklist below and scroll down to listen to "Wallow in Despair". This is Black Flag's first album since 1985's In My Head.