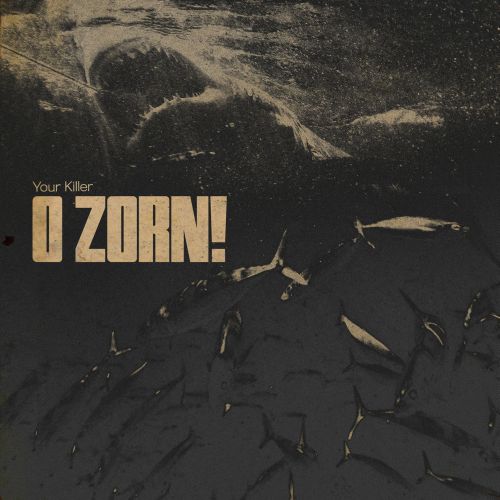 Rock ‘n’ roll outfit The Drowns are returning with a new old-school album, titled Under Tension, on January 17th via Pirates Press Records. The LP was produced by Ted Hutt (Dropkick Murphys, Gaslight Anthem, Flogging Molly, and Street Dogs) and follows up the band’s 2018 debut LP View From The Bottom.

Official News: “Their relentless approach to touring and spreading their Rock and Roll gospel is turning heads and getting people out in droves to see their explosive live performances! Whether it’s in a sweaty basement or club, or on the deck of an aircraft carrier,… [the band] drives these tunes and their message home…”

Long Beach, CA-based post-sludge trio O Zorn! will unleash their upcoming album Your Killer on March 20th via Seeing Red Records. The outfit released their debut record two years ago and have since been building up their fanbase in the SoCal region and beyond. They’ve gone on tours, opening for legends including Black Flag.

Official News: ““This band, this album… It’s been a true labor of love,” says singer/guitarist Bill Kielty, of the nine-song release that was recorded at Foo Fighters’ 606 Studio, utilizing Sound City’s famed Neve mixing board. “My brains were scrambled at the end of recording this new record. So many obstacles; so many setbacks. For me though, and I know I speak for the other two [guitarist Billy Meyer and drummer Danny Walker], writing songs is as necessary as eating or sleeping.””

Official News: “Fast propulsive punk with hooks for days, and dark undercurrents swirling underneath. While sonically this doesn’t fall too far from what you’d associate with many beloved Dirtnap bands of the past, these guys really nail the delicate balance of taking a familiar sound and putting their own unique spin on it, in the end sounding like nothing but themselves.”

Official News: “Having been compared to such creative hardcore heavyweights such as Cave In, Big Business, Converge, and Trap Them, [FAtHERS] is known to put forth loud music that serves as a call to arms against injustice in troubling times… With the release of You Deserve Hell, Fathers has embraced losing control… the band has clawed its way onward, crafting an unforgettable live experience and a second album intent on staring mortality, chaos, and struggle directly in the eye.”