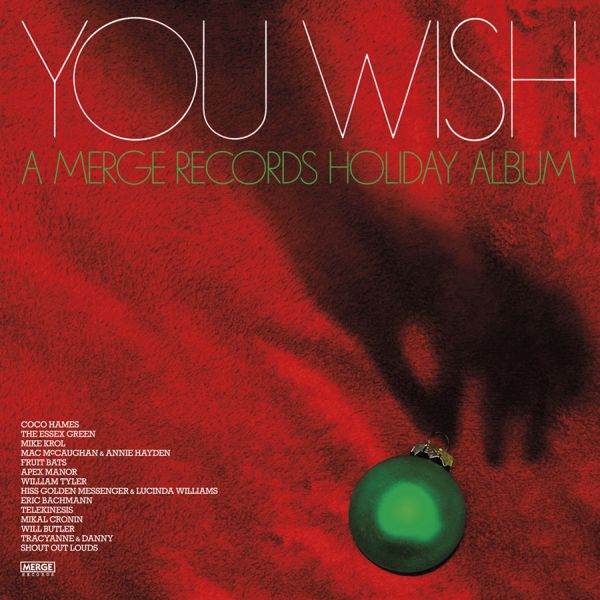 Bad Religion, Mosey (Dan Pawlovich of Panic! At The Disco and Valencia), Body Stuff, and more wish everyone a (punk/noise/indie) rockin’ Christmas/holiday-time!

Christmas gets a punk rock kick as only Bad Religion can do it with their new album Christmas Yule Log, out now via Epitaph. Bad Religion’s latest essential album, Age of Unreason, is out now.

NYC-based noise rock duo Body Stuff (Curran Reynolds and Ryan Jones) drop “On the Run,” a dark and driving single that references Christmas and includes guest vocals from Polly Watson and Al Huckabee of New York power-pop band 1-800-BAND. Reynolds comments, ““On the Run” is a Christmas song, of sorts. I am not a Christian, but I like the tradition of rock bands recording Christmas songs. For me it goes back at least to A Very Special Christmas with U2 and Madonna and the Keith Haring artwork.”

“But what really sparked “On the Run” was Jeffrey Lee Pierce's lyric in “The Lie” about scoring drugs on Christmas Day. It's that wonderful and terrible sense of being utterly out of step with the world. In “On the Run” I am singing about isolation versus connection; individualism versus the collective. The hero of the song is a self-proclaimed outsider who has discovered that perhaps there is no outside or inside at all. The world's a grain of sand and he's everywhere, he's everything.”

Renowned record label Merge, which is celebrating its 30th birthday this year, has put out its first holiday compilation album titled You Wish: A Merge Records Holiday Album. Artists contributing include Mac McCaughan of Superchunk, Telekinesis, Hiss Golden Messenger, and a rockin’ one from Mike Krol, who launches into “Won’t Be Alone Tonight,” a self-described “fast Christmas rocker about love and happiness.”

New Jersey-based indie rock/surf-pop band Dentist have had a busy year, touring with the outfit Brick and Mortar from September 25th to October 25th, dropping their standalone single “Someone Like You” with accompanying video: https://www.youtube.com/watch?v=nBSfyBn622k&feature=youtu.be, playing Baby’s Alright in Brooklyn, and working on writing their next record that they hope to release in 2020. They also released a cover of the Hawaiian holiday-themed “Mele Kalikimaka”:

South Jersey represent! Arbor Christmas: Volume 20 compilation album is out now and is part of an annual tradition of featuring the best talent from the southern part of New Jersey. Stream and/or pay-what-you-want download the comp that includes the bands Aspiga, By Surprise, Graduation Speech, It’s A King Thing, The Only Ghost In Town, Young Statues, and many more:

Brooklyn-based indie pop/rock band Jeanines bowed their self-titled debut album this past June via Slumberland Records. Now they’ve unveiled the video for brisk retro-popper “Winter In The Dark,” a melancholic relationship-themed seasonal cut off the LP.

Lyrically timely and acute, "If Christmas Didn't Exist" is out via Know Hope Records from Philadelphia-based rock project Mosey, the solo work of Dan Pawlovich (Panic! At The Disco, Valencia).

Pawlovich shares, "I’m lucky this holiday season to have a lot of positivity in my life. And yet, the world around us feels tumultuous, and it’s not always easy to stay positive. I remember times when the holidays turned the volume way-up on losses that I’d experienced, and they were the hardest times ever."

"“If Christmas Didn’t Exist” is a shout-out to anyone who may feel left out or low this time of year. And to our planet that needs our care more than ever. And to those who can separate the shop til you drop mentality with the true spirit of giving... Happy Holidays—really I mean it."