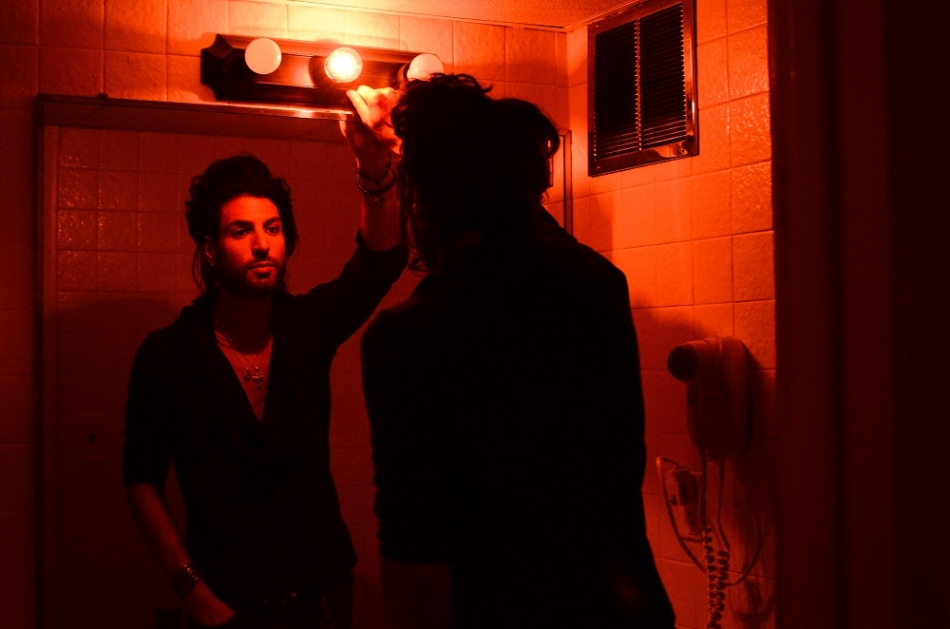 As the mastermind behind the highly emotional, varied, and atmospheric Neverending White Lights, singer/songwriter Daniel Victor has created some of the most cinematic, poignant, and lingering indie rock/pop of his generation. All three NWL albums—2005's Act I: Goodbye Friends of the Heavenly Bodies, 2007's Act II: The Blood and the Life Eternal, and 2011's Act III: Love Will Ruin (Part 1)—are superbly idiosyncratic and powerful, as they find Victor using the talents of many other artists (such as City & Color, Lexi Valentine, Daniel Greaves, Melissa Auf Der Maur, Aqualung, and Bed of Stars) to achieve a level of continuity, theatricality, and diversity rarely employed by his peers. (Just check out the official Neverending White Lights Spotify for proof!)

Of course, it’s been nearly a decade since Act III released, so fans have been waiting patiently but eagerly for an update on not only the development of a new studio album, but on what Victor’s been up to in general. Fortunately, he’s just announced that Act IV is indeed underway, revealing that he “began the process for Act IV several years ago but it didn’t bloom.” He adds, “I wrote nearly one hundred songs but was unable to complete any of them. . . . The songs were beautiful, but they all lied in pieces.”

To tide listeners over until Act IV is ready—as well as to reconnect with his supporters for a charitable cause—Victor has also announced that this Thursday, June 11th, at 9:00 PM EDT, he’ll be performing a live webcast from his studio on JUJU (the new streaming platform from Our Lady of Peace vocalist Raine Maida). There will also be a live chat. Victor notes, “I haven’t played live in six years, nor have I done any streaming. I’ve remained elusive, so this really is a first for me.” Not only will this be a great way for admirers to get their first taste of new material alongside an informal and humanizing discussion with the creator, but it’ll also be a great way to support some wonderful causes, as JUJU is donating proceeds to both the NAACP and the Canadian Anti-Racism Education & Research society.

You can purchase your ticket(s) for the event here.  For more information about Act IV and the JUJU stream, check out our in-depth chat below!

Why the lengthy hiatus between albums (since Act III was release nearly a decade ago), and why is now the right time for Act IV?

I began the process for Act IV several years ago but it didn’t bloom. When an album comes together for me, it just happens. It’s electric and exciting and everything aligns. But, that wasn’t the case this time. I wrote nearly one hundred songs but was unable to complete any of them. At first, I was angry about it, but I realized later this was a lesson to learn about patience and loosening up my grip. I put a lot of pressure on myself with the trajectory of my career and my songs, and I think a part of me just wanted to take a step back and breathe. There’s a certain rhythm and harmony when things come together: guests artists show up, people tend to help out, and there are exciting feelings go with it. None of that presented itself, though, so I was just lost in a sea of my own reflection. The songs were beautiful but they all lied in pieces. The morale was gone after my record label, management, agent, and band all faded away; I had to sit inside the “idea” of who I was and what I was doing. Does anyone care if I make music? Can I keep doing this for a living? Am I having fun? I was alone with no motivation, burnt out on releasing three albums already. I wasn’t sure I had the energy to try again and take it all on from such a low point, and so I decided to walk away. The short of it is, I needed personal time.

I wrote a book and I did a lot of self-healing. I changed my perspective of everything I knew, tore it all down, and levelled the playing field. I stopped caring about what I was “supposed” to be doing, and just got more into my heart. I no longer believe in time, so that plays into it, too. I think we’ve all experienced how, during the quarantine, some days blur together. I’ve been trying to focus on the present moment, so as the “years" have gone by, I’ve learned to not worry or overthink why it’s taken so long for the album to come to light. Letting go was a a difficult obstacle, but I’m feeling better now and it’s time to make waves again. I plan on releasing new music this year, followed by the full album in 2021! That will be exactly ten years to the last release.

How has the recording/production process been going, and how has it been different than previous times (due to the pandemic or otherwise)?

My recording process hasn’t changed much, I still do it all very low key. Same studio and late nights writing music in the dark. I worked alone on the demo writing and then I called a friend of mine to help with the recording. Dominico Ambrosio is the engineer helping capture some of the visions in my head, and it’s his first time working on an NWL album. I’m not sure it was as easy as he was expecting. But, we have enjoyed ourselves in the experimentation of new sounds. He also makes his own wine, so after the sessions we would enjoy a glass and listen to our favourite records to wind down. We spent four years working on music and there is enough material for several albums, including a solo album of 80’s synth pop. But, who’s to say what will see the light of day. The pandemic put a stop to the album, and now I’m mixing everything entirely by myself which is a new challenge. I don’t mind the isolation, though; I’ve kind of been self-isolated and reclusive since the last album came out anyway.

I may handle all the vocals myself this time, as the songs are more personal and I want to experience that connection. If I decide to bring in singers, I have a few in the works. Roystan Langdon from the alt. rock band Spacehog is on the agenda They released an album called The Chinese Album in 1998, which is one of my favourites of all-time, so his excitement to be a part of the album is a dream for me. I’ve also been working on songs for singers from the bands Deftones, Zuckerbaby, and Chain Gang Of 1974 as well, but nothing is confirmed. I have a song already recorded with LIGHTS (the indie-pop star), and it’s really cool but I'm not sure if it will make the final cut. I’ve also co-written and recorded with Shawn Mendes, which is really funny considering how different our styles are. I wouldn’t be opposed to including him, but his label already said, "No chance, buddy." Maybe I’ll leak the song out anyway and turn it into a super dark and depressing gothic ballad. They’ll love that.

In terms of themes and topics, how does it fit into the Act series? What's it about?

Every album in my catalogue is a concept album, and Act IV continues the saga. Most of the songs are written about transition. I’ve been experiencing a huge shift from the old me to the new me, so there’s a lot of that in the music. I have related it to the story of how we are so divided right now on the planet. There is so much confusion, tension, and separation, and I believe that we are all going through this sort of ascension of the soul thing where we are becoming more self-aware and less willing to do what we're told. It's like a massive global consciousness awakening. The album speaks to the destruction of tearing yourself down and letting go, represented by some apocalyptic themes and the search for something better. It’s an album about being lost in that ocean of uncertainty, hoping to sail to safe shores. Destroy and rebuild: this is where I believe humanity is right now and I’m telling that story through my music and lyrics. Act V may be the lighter and happier new beginning. We shall see. Right now, there is work to do.

How did you come to do this online performance? It's your first live show in several years, so how are you feeling about it beforehand? What are you doing to prepare? Can you give any hints about what you'll be playing or what fans can expect to see and hear?

I haven’t performed live in concert anywhere in six years. I used to do live webcasts all the time but I slowly slipped away from everything. I was so closed off to the world for so long that it’s all become like an old dream I had of my former self. The reason I’m coming back is because I’ve been guided to; it’s just happened organically. I can only move forward by not forcing anything and letting things flow, and I’ve waiting for the right opportunity to find me, instead of the other way around. I got a message from Raine Maida from Our Lady Peace a few weeks ago and he asked if I would perform on his new streaming platform, JUJU. He is really into developing a live concert stream that sounds and looks very high definition, so this is better than Instagram and Facebook for that. I told him I would think about it and all signs pointed in the direction of this being the time to slowly start coming back into the “light.”

I’ll be performing alone with my electric piano, or maybe with a guitar, too. The show is thirty minutes, to keep it light and just have a little fun. I’ll be performing a couple covers I’ve never done live before, a song off each previous album, and maybe debut the first brand new song ever heard in nearly a decade. It’s an exercise in pushing myself to get back in the creative spin of things and finally release the new album. To get back to work at music again and start the next chapter. I’ve been away so long, and it’s finally time.