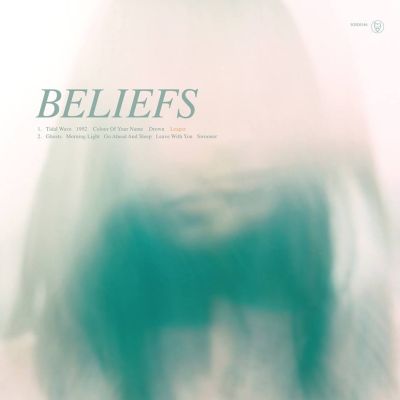 Toronto-based noise-rock/shoegaze band Beliefs has released its sophomore album Leaper mid-November via Hand Drawn Dracula. The first single from the release, "1992", channels the noisy and melodic sides of the post-punk style.

Beliefs started abruptly when Josh Korody and Jesse Crowe met at good friend and former Bassist, Patrick McCormack's birthday party and couldn't stop talking about the music of the 90's. Through the love of My Bloody Valentine and Sonic Youth, the memory of reverb and fuzz was revisited and Beliefs was formed.

Since their formation in 2010, Beliefs have released a two song single and b-side (Untitled, 2012 HDD) as well as a full length record (self titled, 2013 HDD, Manimal, No Pain In Pop) and the current album Leaper.