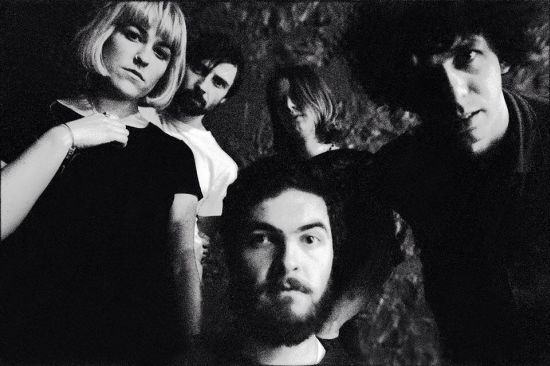 In Heat Not Sorry, the debut album from post-punk band The Altered Hours, will arrive in 2016.

The Altered Hours has released the warped, propulsive, and mesmerizing new track "Way of Sorrow" from upcoming debut In Heat Not Sorry.

Having recorded its first EP, Downstream, DIY, the band was invited to record its second EP, Sweet Jelly Roll, with Fabien Leseure in Berlin. It was subsequently released in May 2013 by Anton Newcombe’s A Recordings, home of psychedelic pioneers The Brian Jonestown Massacre, Dirty Beaches, and Magic Castles.

The Altered Hours released a 7'', Dig Early, on Irish label Art For Blind in April of this year and the band's debut full-length, In Heat Not Sorry, will see the light of day early next year. Melodic, abrasive, with dual girl-boy vocals and a Sonic Youth-esque approach to guitar tone and crashing feedback, the first track "Way of Sorrow", demonstrates the antagonistic post-punk sound that the band members have crafted on their upcoming debut.