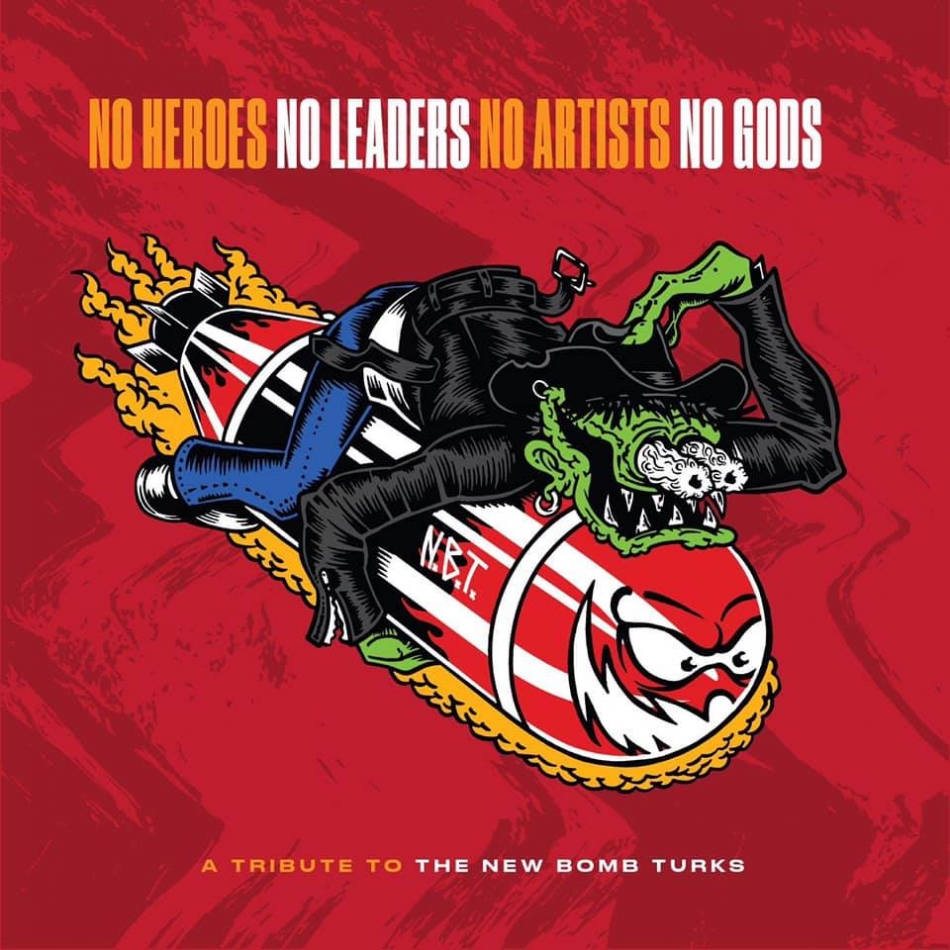 New Bomb Turks Tribute LP has 14 bands from around the world come together to honor them!

A year ago Ardo from Dead Furies had an idea to compile a tribute album for New Bomb Turks , perhaps his favorite band. He reached out to some of the best up and coming rock bands and some rock mainstays to see if they would be interested. The response he got was overwhelmingly positive. The tracks started coming in , they were even better than he had hoped for.  In the end he got 14 different incredible artists from Europe and North America.

Newish label on the block , Dragstrip Riot Records  collaborated with seasoned labels Ghost Highway Recordings from Spain and Spaghetty Town Records from US to bring you “No Heroes No Leaders No Artists No Gods”. Every label released a different limited colored vinyl and also the regular black version.  Spaghetty Town Records is thrilled to be part of this release.