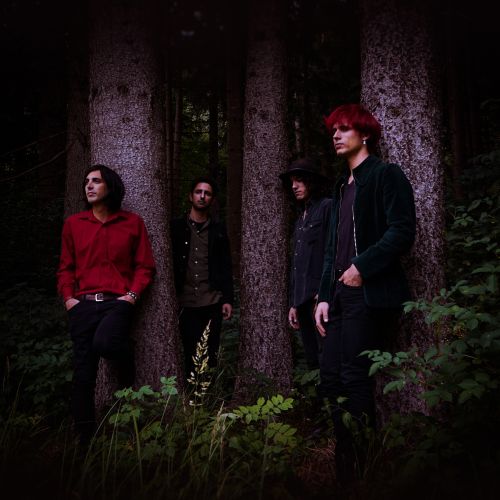 The Italian outfit tour Europe and North America on the strength of their latest album released via Fuzz Club.

Based on the potent dose of Bleeding Magenta and its robust critical and audience reception, New Candys will embark on a World Tour that will launch in Europe on February 28th and will land on North American shores on March 21st.

New Candys have already graced the U.S. with their intense and spellbinding live performances last year, including a session on KEXP and shows in New York, the West Coast, and Mexico. The band has already toured Europe four times and played a run of gigs in Australia where they headlined the Sydney and Melbourne Psych Fests.

Bleeding Magenta was mastered by Grammy Award-winner Giovanni Versari and was preceded by New Candys’ 2012 debut album Stars Reach The Abyss and second LP As Medicine in 2015. Three of the band’s songs have recently appeared in Showtime’s TV series Shameless.

New Candys supported their musical kinsmen the Brian Jonestown Massacre on an Italian tour and have shared the stage with the renowned acts Slowdive, The Vaccines, Savages, The Warlocks, and Jon Spencer Blues Explosion, among others.

Video Premiere: “Are We Too Loud” by Jason DeVore