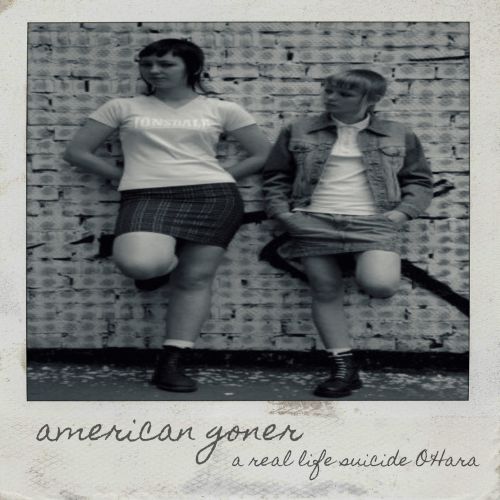 Raleigh, North Carolina-based K.M. North kick-started his music project American Goner after many years of playing in punk and hardcore bands. He wanted to create songs that were more personal to him and that he wanted to unleash on his listeners.

North’s output is influenced by the singer-songwriters he admires, which is then combined with his passion for punk rock and Americana. The resulting stylistic mix of American Goner is something refreshing, yet vaguely familiar.

Rebel Noise is excited to host the premiere of “A Real Life Suicide O’Hara”, a narrative track that looks back and traces an American girl and her friends on the edge of the Susquehanna River, “buggin’ out and fuckin’ up” and just living their teenage lives.

North lays out a heartfelt lyrical and vocal spread of Americana that’s peppered with punchy drum strikes and hardened with sharp guitar jags and an active bass line. Then suddenly a spirited, exclamatory punk rock chant bursts out near the end of the tune, and the intensity rises to a breakneck pace with fiery guitar slashes and bashed drums.

North gives some details about the meaning of his song, explaining, ““…Suicide O'Hara” came about from a thought of being young and somewhat broken. How friends come and go, and lovers never seem to last. It's about long summers and late nights that we can still recall but can't relive anymore. It's coming to grips that things have changed and you're not the person you used to be and even though you might have loved then, it wasn't true, no matter how much you want it to be. It's about packing up and moving on.”