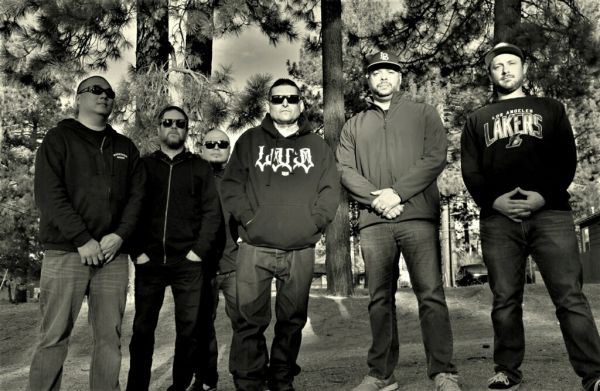 The self-titled LP just debuted at #1 on iTunes Alternative Chart and is the 1st album from the band in nearly 2 decades.

The album made a huge splash debuting at #1 on the iTunes Alternative Charts when the album initially went live early this morning. Long Beach Dub Allstars also charted at #28 on the overall iTunes chart, and charted in Canada, Germany and more. The Long Beach Dub Allstars self-titled album is available now in stores and was recorded with producer Cameron Webb at his studio, Maple Studio in Santa Anna, CA.

Celebrating family, the ones they’ve lost, and each other on their new self-titled album, the Long Beach Dub Allstars have returned with a back to basics approach. The new album is 10 tracks deep and harnesses the feel-good vibrations and the SoCal musical roots of the band’s past, as the band puts everything into one musical melting pot of reggae, ska, dub, hip hop and punk.

The album takes the listener through a range of emotions with good-times anthems like “Tell Me”, while paying tribute to fallen friends and family on “Owen Brothers", addressing the current level of gun violence that plagues America on “Youth”, or frontman Opie Ortiz reflecting on the passing of his mother on “Dream”. Collected together, the 10 songs add to the musical legacy of the Long Beach Dub Allstars and prove that these musical professors have honed in on their musical chops during their time out of the spotlight.

Today’s generation of reggae-rock fans may not fully understand how critical this group was to the reggae-rock genre following Sublime’s conclusion in 1996. They played at a time when social media was non-existent. Live-videos of their early performances are mostly of grainy VHS quality, while most live-photos shot by fans were with throw-away cameras. There was no Youtube, Facebook, and this was before Myspace or even iTunes.

They were the torchbearers of a genre that Sublime introduced and the original ‘Dub Allstars lineup included most of the players who were involved in cultivating that reggae-rock sound with Brad Nowell. Seeing them reunite and perform new music after a 15-year absence is exciting. Together these musical professors and legends from Long Beach have engineered a new studio album that adds to the legacy of Long Beach Dub Allstars.

Opie Ortiz, songwriter and vocalist, closes by saying, "We haven’t released a full-length album since 2001 so this a paramount release for us. This album will show fans exactly where we are right now as a band and I feel like this album feels like a classic Long Beach Dub record from the moment it starts playing."