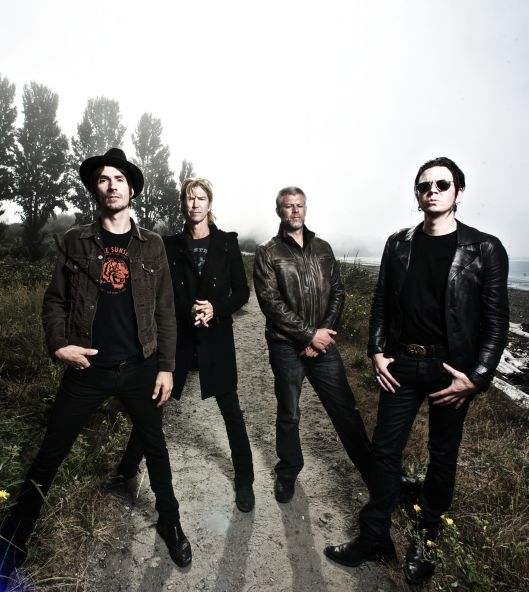 The Seattle-based rock supergroup Walking Papers returns to the music arena with second album W2, which comes out January 19, 2018, via Loud & Proud Records.

The new hard rock/blues-rock LP follows up Walking Papers’ critically acclaimed debut album from 2013 that got notice from the likes of Rolling Stone, USA Today, VH1, and Consequence of Sound.

Angell divulges, “This record has exceeded my expectations ... It perfectly captures the raw, explosive energy of a band primed from extensive touring while at the same time achieving the polish and elevation that comes from experimenting in the studio.”

The band has launched a PledgeMusic campaign for Pre-Orders of the LP:

Exclusive offers for merchandise, unique items, and experiences with the band can be found there.  It’s also the only place to purchase the song  This Is How It Ends” along with its companion comic book by Angell, graphic novelist Matt Hayward, and artist Csaba Master.

Listen to the grimy, noir blues-rock number single “Death On The Lips”:

1. My Luck Pushed Back

2. Death On The Lips

6. Hard To Look Away