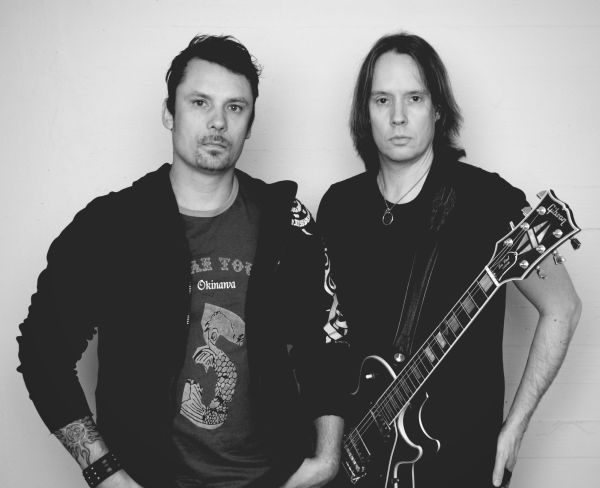 Finland-based alternative rock collective Stale Lane is comprised of Tomi and Sami at its core and a revolving cast of their collaborative musician friends.  Stale Lane just released its debut single “Pyro” with an accompanying performance video, which Rebel Noise premieres here.

Tomi and Sami aren’t newbies in the music field though, having played in various line-ups since the late 1990s, including the act MALfUNCTION.  That band split up in 2007 and after a few years’ hiatus, Tomi and Sami began to make music together again.  The result is Stale Lane.

“Pyro” takes its cues from American alt-‘90s rock, specially the Seattle area, employing a grungy, downbeat tone.  Heavy, but reflective guitar lines circle around a measured, but pronounced drum beat and cymbals hits.  The vocalist sings in a lower register, exuding a world-weary attitude, recalling the greats like Kurt Cobain and Layne Staley.  The guitars rise and burn as the vocalist moans, “Don’t you see / I don’t need the sun to… light my way / Just a little spark to get me there.”

So, like donning a flannel jacket (from the ‘90s, natch), it’s easy to warm up to the glowing embers of “Pyro” by Stale Lane.