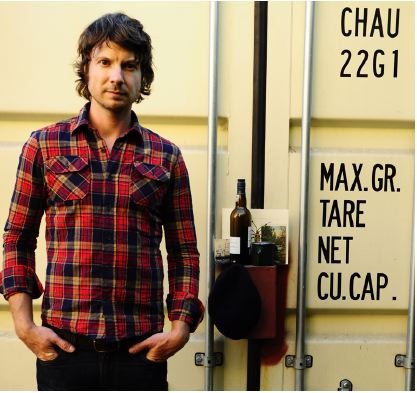 Alternative indie/folk artist Sea Wolf has released a powerful video project to accompany “Blood Pact”, the resilient track off his new album Through A Dark Wood (Dangerbird Records). Earlier this month, Sea Wolf put out a call for fans to submit videos showing their experiences during this period of time, and they responded en masse with submissions from around the world. The result is a poignant and optimistic depiction of all the surreal, difficult and hopeful moments that have happened over the last several months.

“I’ve been getting so many messages from people saying how ‘Through a Dark Wood’ is perfect for this moment,” explains Sea Wolf frontman Alex Brown Church. “‘Blood Pact’ in particular is about finding courage in the face of fear and anxiety about the unknown ahead, and it hit me that it’d be interesting to make a direct connection in a video to all of our lives around the world right now. It felt like the right thing to do.”

Sea Wolf has garnered a reputation for Church’s poignant delivery and dexterity as a songwriter, first capturing attention with his 2007 breakout track “You’re A Wolf" off the debut full-length, Leaves In The River. After releasing two more studio albums and one stripped-down LP, Church began recording the next Sea Wolf record, but ultimately decided to scrap it. He felt the songs did not reflect the significant life changes he was experiencing, and instead took time away to score an independent feature before returning to create his most personal, introspective album to date.

Through A Dark Wood is a compelling collection of songs that showcase Church’s ability to gracefully illustrate complex human emotions. Equally cathartic and triumphant, the album explores themes surrounding relationships, loss, the magnitude of current events, and ultimately the process of coming out on the other side. Church's strikingly honest lyrics are wrapped around expansive melodies, with pounding drum machines and a stunning string quartet that push his sound forward and offer an underlying sense of hope throughout. Since releasing earlier this year, Through A Dark Wood has received praise from press including NPR All Songs Considered, FLOOD, Atwood Magazine and American Songwriter, who said “Though the record represents a new and strong progression for Church, it also showcases what makes Sea Wolf exceptional in the first place: optimism.” 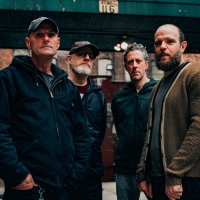 Song Premiere: “I Don’t Know If We’re In A Garden” by Joey Joesph