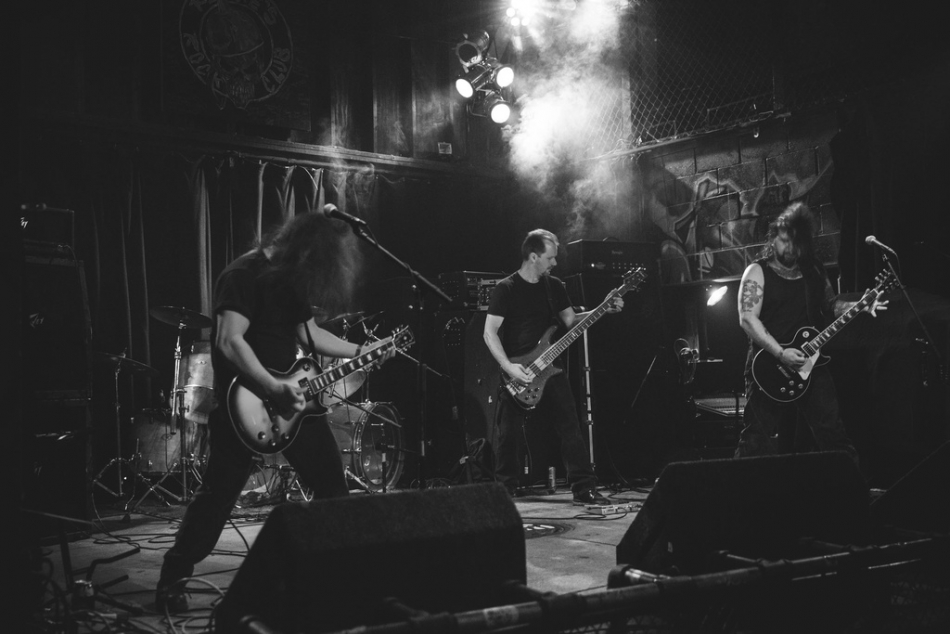 Chicago based sludge-metal band PALE HORSEMAN is at the final stage recording their sophomore album. Just as their first self-titled record released in April 2013, the new one is being recorded and will be mixed and mastered at Comatose Studio in Bradley, Illinois by Dennis PLECKHAM who is also one half of the guitar attack for the mighty stoner doom gods BONGRIPPER. The new album will contain a special remix of the track “Fork in the Road” by none other than Justin K BROADRICK (GODFLESH, JESU).

Pale Horseman is a four piece sludge-metal band hailing from the South suburbs of Chicago, US. The band blend their depressive sludge heaviness, pummeling riffage and dual vocals with an industrial vibe and draw the listener in with a misanthropic world view and lyrical themes influenced by apocalyptic and esoterical subject matters.

The quartet, which is comprised of vocalists/ guitarists Eric and Flesh, bassist Rich and drummer Chris, was inspired by the works of legendary names such as Godflesh, Neurosis, Carcass, Earthride, Autopsy, Sleep, Entombed, Obituary, The Melvins. Since its formation in early 2012 the band has been performing continuously and self-released their debut album “Pale Horseman” on April 18th 2013.