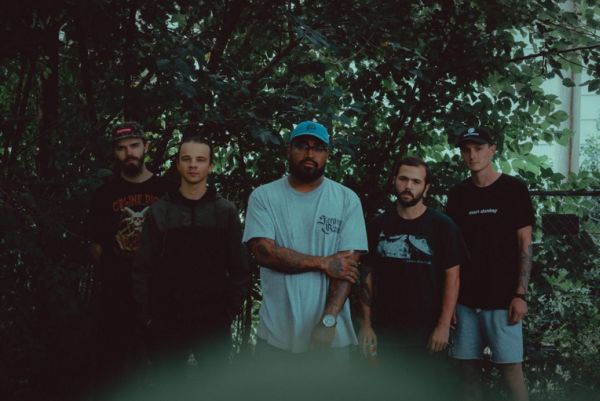 …As One follows up 2019’s Nothing’s Changed EP and continues the band’s call to arms to stick together and help each other amid a nation, and world, damaged and divided by political and societal forces.

“While the world continues to distract itself from core issues, we wanted to make a statement that people can’t ignore,” says Walton. “Sometimes it takes music to deliver that message and actually open people’s minds. Turn off the fucking TV, and know that now more than ever is the time to make a change that will help the world unite.”

Rebel Noise is stoked to host the premiere of “Daggers,” the powerful last track on the album.

The song’s lyrical diatribe tackles the hot-topics of sexual misconduct and assault that is horrifically endemic in the music field. ROT takes down this appalling culture that exploits minors – and adults – and slams it to the ground with no mercy.

The issue of sexual/mental grooming was recently brought to light through numerous allegations against certain Burger Records employees and band members on the label’s roster, leading to the company’s demise.

While the members of ROT most likely wrote “Daggers” well before the Burger Records controversy, its release is quite timely and a potent reminder to keep up the fight against toxic misogynistic culture.

Watson comments, “We became disgusted with what we saw in front of us. Musicians and artists alike using their platform to prey on and groom underage people and no one was saying anything. We had to write a song touching on this topic to explain we will not put up with that any longer. You're either with us, or you're fucking against us.”