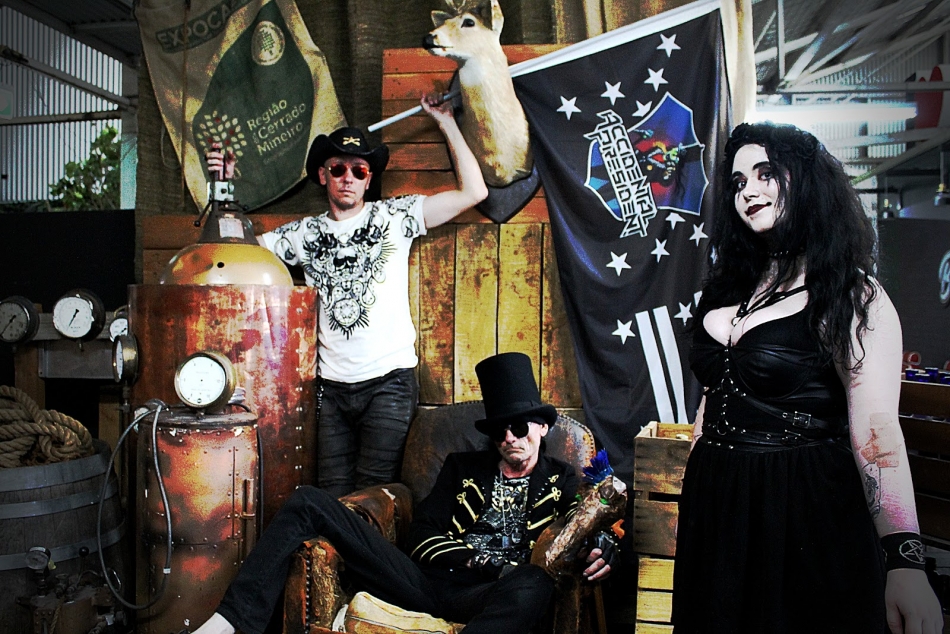 Australian rock band Accident President are quite deliberate in delivering their message-based hard rock music, with songs that are stirring call-to-action anthems against tyranny and oppression. Their self-titled debut album is out now.

Rebel Noise is stoked to host the premiere of the video for “Warrior Soul.” The clip, which was filmed by Dave Tozer at The Streaming Factory, is mainly performance-based, but augmented by bold graphics of burning skulls and a phoenix rising from the flames.

While targeting the colonization of Australia and decimation of its indigenous population, the song’s lyrics can equally be applied to the Western invasion of the Americas. Pointed lyrics abound, including, “Before they attack / they’ll shoot you in the back / Consign you to history.”

The band rip through the tune with passion, from the jagged guitar runs, smashed drum strikes, and fervent vocal delivery. Harking back to ‘80s hard rock, the act even include a blazing guitar solo in the mix, with twinned guitar lines adding more force right after.

Accidental President continue to stand up and fight against injustice of all kinds, and take listeners on wild rock ‘n’ roll ride as well.