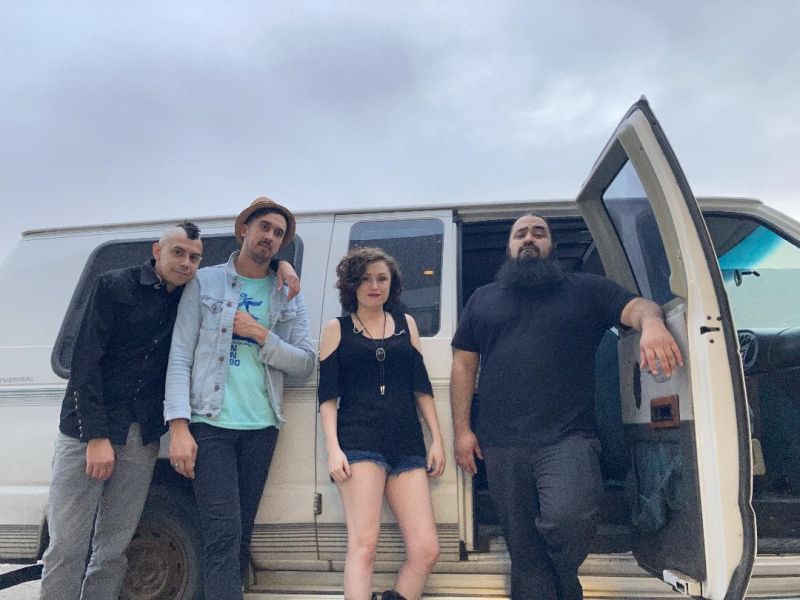 Singer, songwriter, and guitarist Emily Davis fronts the outfit, and is also an accomplished solo artist who has released three albums and is a former member of Cigarettes After Sex.

EDMP (as they are known to their fans) have released a slew of music videos (with many punk rock cover songs) on their YouTube channel, were hand-picked by Bad Religion to support the renowned punk band on their 2019 fall tour, and have opened for heavy-hitters Leftover Crack, The Toasters, Authority Zero, and Cold War Kids. A tour with Sparta in the spring of 2020 had to be suspended due to the pandemic.

The band released their acclaimed debut album Same Old World in 2018, and now they are readying to unveil their highly anticipated second LP, Never A Moment Alone, which arrives on June 25th.

Rebel Noise is stoked to host the premiere of the lively and incisive “Don’t Make A Promise,” taken from Never A Moment Alone. The single officially releases on June 11th.

The dynamic floor-stomper sounds like a bluegrass-hardcore mash-up, with The Murder Police swinging out with a relentless hardcore tempo, but using folk-oriented instrumentation.

Davis passionate vocals ring out, especially near the end of the song when equally fiery electric guitar riffs break out as well.

“Don’t Make A Promise” is a spirited number that rises high with Davis’ heartfelt emotions about the importance of keeping your word in a world overwhelmed by broken vows.

Davis relates, ““Don't Make A Promise” gave us the opportunity to vent about the utter heartbreak and confusion that comes with being ghosted. An oath is a significant thing to make -- and we don't treat them with the significance they deserve anymore.”