Song Premiere: “For Sure” by Outward 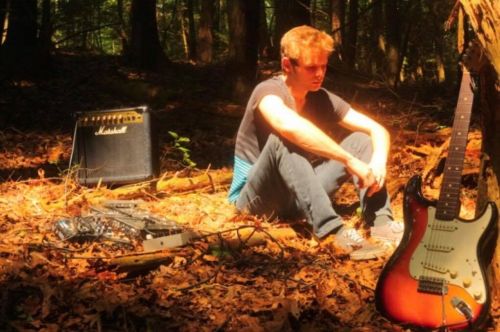 Musician Corey Philpot of London, Kentucky is gearing up to release his second full-length as the music project Outward. The album, titled That’s Life, is slated to launch on February 15th via Somewherecold Records.

That’s Life showcases Philpot’s stylistic tendencies towards the textured side of shoegaze, the heaviness of slowcore, the griminess of grunge and sludge rock, the sparkle of retro-‘80s synths, and more for a potent sonic brew.

Jason Lamoreaux, the owner of Somewherecold, coined the term ‘sludgegaze’ and it’s an appropriate descriptor that digs into the main roots of Philpot’s music.

Rebel Noise is excited to host the premiere of “For Sure”, the opening number of That’s Life. Its weighty, lumbering slowcore pace is leavened by lighter, winding synth notes. Massive crashes of cymbals and thudding drumsticks on drumskins radiate like gigantic waves, while the synths waver and float around like delicate butterflies surrounding an enormous beast.

Through this intriguing contrast in sounds, Philpot dazedly sing-talks and dreamily exclaims his wordless vocals. “For Sure” is a heady delight, and an apt indictor of the sonic dichotomies to be found throughout That’s Life.

The album will be Outward’s debut on Somewherecold and will be released on limited edition CD, as well as digitally and on streaming platforms.