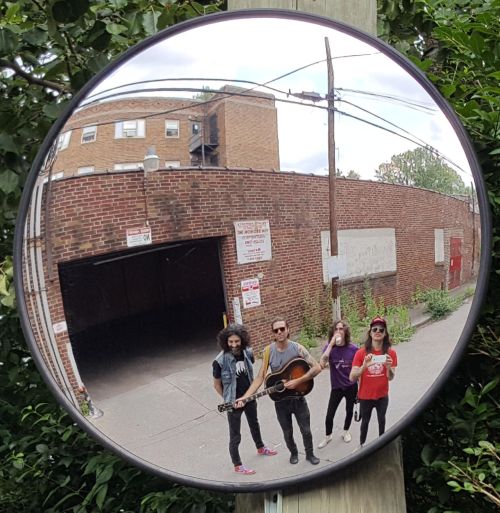 The Tough Shits may have a tossed-off garage rock style of playing, but they do care about crafting catchy, classic rock ‘n’ roll tunes with hooky melodies and cool attitude stick.

The band members’ musical influences, which range from The Rolling Stones and KISS to The Clash, radiate through their traditional rock sound, while stylistically they admire the New York Dolls.

Rebel Noise is excited to host the premiere of a cut off the upcoming LP, the laid-back jangler “Late Bloomer” that showcases a more reflective side of the act.

The rock/pop hybrid stomps forward with pronounced drum strikes and pushed out lead vocals that are surrounded by the chime of wavering harmonies. Curling, light guitar lines flow around the grittier elements, like limpid water moving over rougher stones in a river.

Video Premiere: “Are We Too Loud” by Jason DeVore