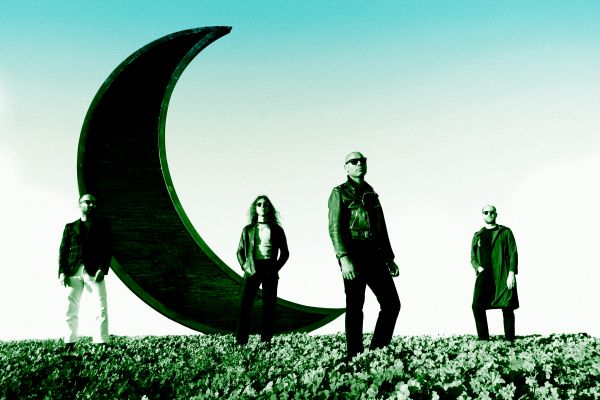 The five-piece have been strutting their retro-rock stuff since 2007 and are closely tied to the seminal Italian punk rock band Taxi. The rise of Taxi was halted by the tragic passing of the drummer Francesco, and Tenda, Lorenzo, and Danilo reformed as Giuda. Michele and Alex are also part of Giuda and they all exude the same spirited attitude that shines through their music.

Rebel Noise is pleased to bring a piece of Giuda’s rousing, old-school sound in the form of the premiere of the single “Overdrive.” No-nonsense gritty vintage rock abounds on the fiery, up-tempo track, from the jagged guitar lines, the running bass line, rhythmic handclaps, pushy drum beat, and sharp and direct vocals.

Giuda have been on several European tours and five U.S./North American tours and have played around 400 shows since their start, including performances at major music festivals like Punk Rock Bowling, Hell Fest, and Rebellion.

Lorenzo explains the act’s sonic alchemy, stating, “Giuda is a modern band with its roots firmly planted in two musically revolutionary decades, the ‘60s and the ‘70s… I think our new LP perfectly reflects the essence of this band.”