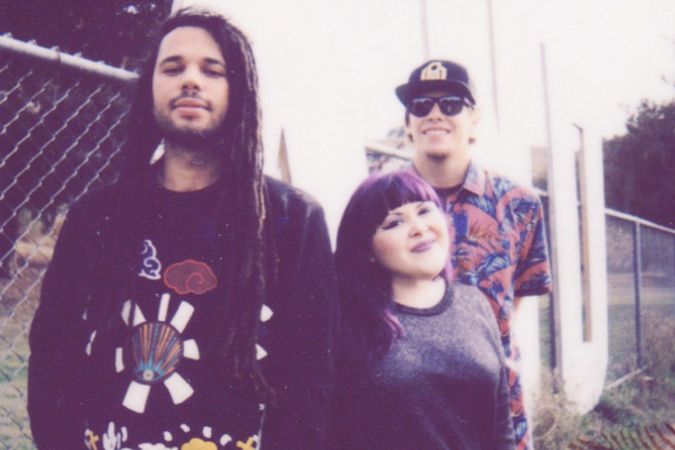 Just in time for Christmas, LA-based indie pop group Rat Fancy got out their sleigh bells to cover the Ramones’ “Merry Christmas (I Don’t Want To Fight)”.

Dreaming of a world where reruns of The Adventures Of Pete And Pete play on constant repeat and kids are free to be as weird as they want to be, RAT FANCY emerged with their fiercely different brand of indie pop during the summer of 2016. Hailing from not always sunny Los Angeles, RAT FANCY is ex-Sweater Girl Diana Barraza (vocals, guitar), Gregory Johnson (guitar, keyboards), and Gavin Glidewell (drums).

Serving heavy doses of pop, shoegaze, and even references to classic emo, RAT FANCY advocates a DIY ethic and is ready to unleash their debut EP, Suck A Lemon, due out in 2017 on HHBTM Records. But before that, the band have released a FREE X-Mas single “You Stole My Xmas Sweater” / “Merry Christmas (I Don’t Want to Fight)”.

Keeping it fun and quirky, the group serves up retro melodies in their rendition of the legendary, non-traditional Christmas song off Brain Drain.  Along with their Ramones cover, the group released an original holiday song "You Stole My Xmas Sweater," which might just knock that elf off your shelf. Both tracks can be downloaded for free on the band's Bandcamp or Soundcloud.

Political/Social/Economic Change Starts With You 4